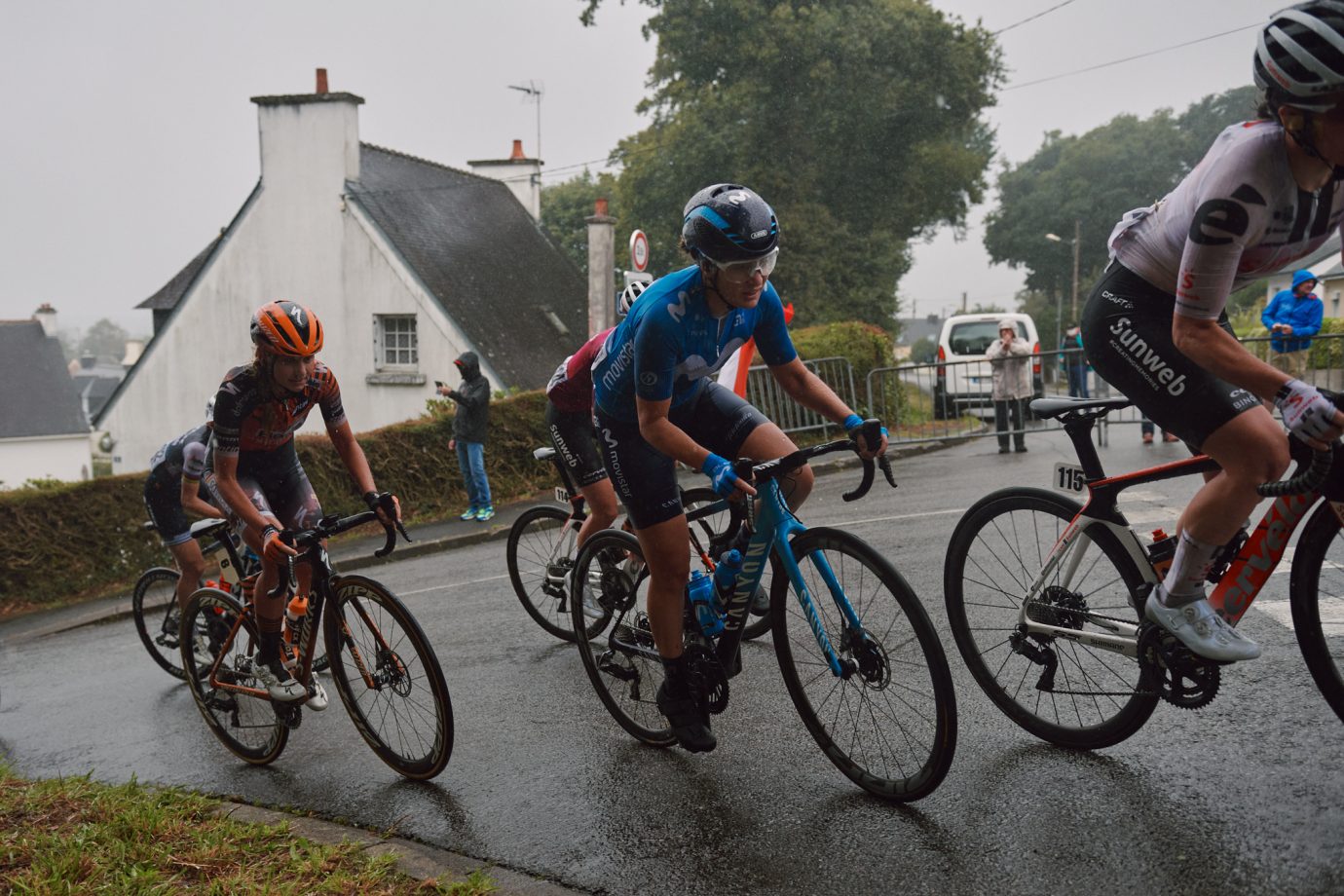 After a full month with sun and warm temperatures, the weather turned into a more classics-like scenario in Brittany. No more than 19ºC in this French matinée, with showers during the whole race and strong southerly winds, around 9m/s.

Some of the Movistar Team present today in the GP Plouay will be contesting next Thursday’s European Champs’ road race. The rest will travel to Nice to ride La Course, another round of the UCI Women’s WorldTour, on Sunday 29th.