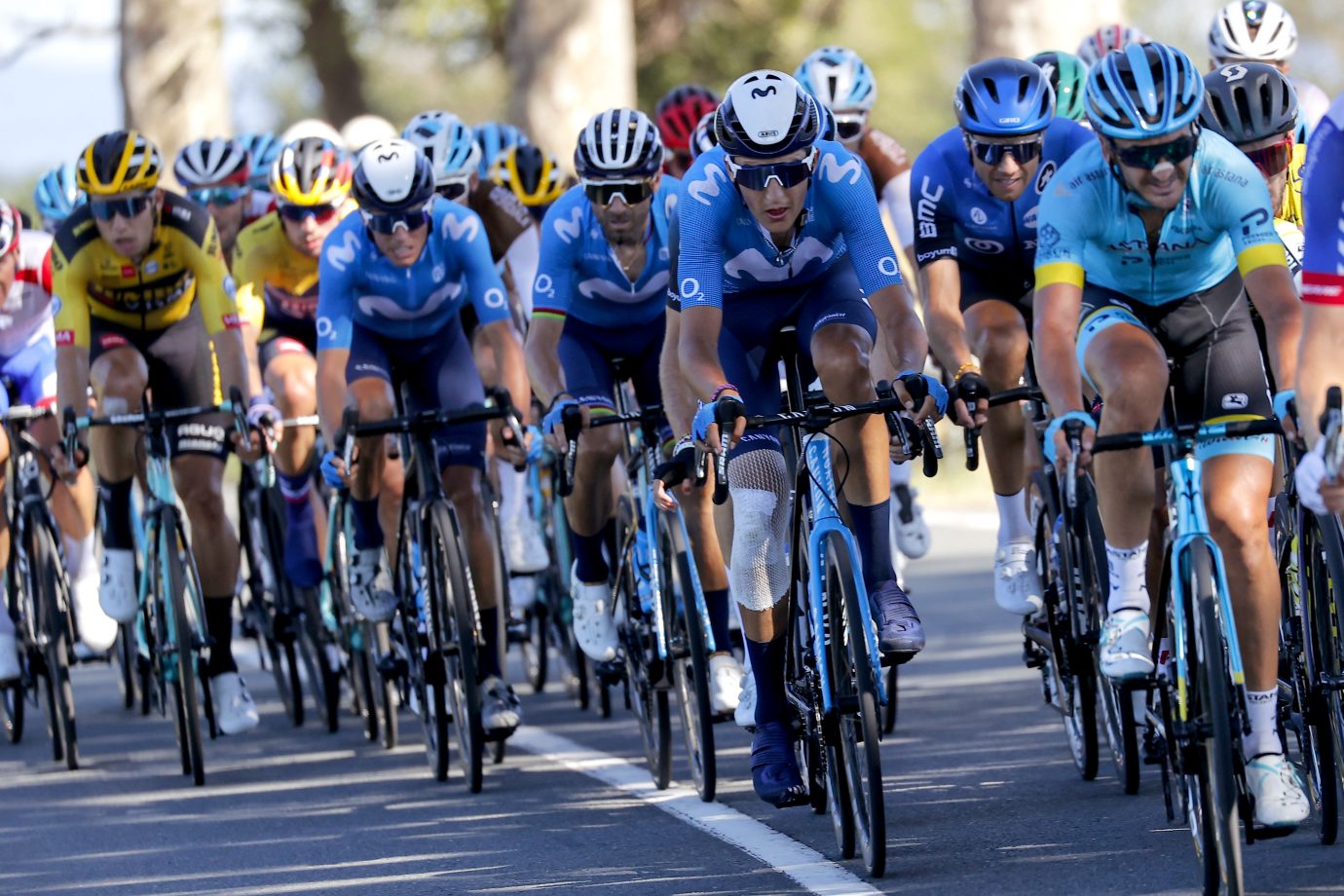 Friday’s route was, on paper, the final chance for the sprinters in the opening week of this year’s Tour, even if they would chase for the win with significant wear and tear. A hilly start, with two long slopes plus a Cat-3 ascent, and the Col de Peyronnenc (Cat-3; 14km @ 4%) preceded an easier finish, or wider, flat roads, with only one 1km climb (@ 2.5%) in the approach to Lavaur’s finish.

The route, however, was struck by southeasterly winds, known in the area as Autan, which would blow on the riders’ side for most of the stage and on their back near the end. Also, the riders would have to cope with the warmest day in the TDF so far, with maximum temperatures around 33ºC.

Carlos Verona: “All in all, a very good day for us. Being up there with the three main names – Alejandro, Enric, Marc – after such a difficult day, with the wind and all setbacks – we can’t really ask for more. We must continue to go one step at a time. Today’s battle went on our favour, but it’s still a long ‘war’ ahead. We must continue together, focused, all with the same goal. Seeing how we did today and the progression we’re going through, it can go better than both we and the public expected, but we must remain day-by-day. This is just one performance; the important thing is what lies ahead.

“The weather report was the same for everyone – every team knew it was going to be a difficult day with the crosswinds, especially the last 30-40 kilometers, and so it went. Bora set a strong pace from the very start, which helped us for the late part of the stage because many strong rides for the flat were struggling there. It was so stressful for me and the other domestiques in the team, fixing mechanical problems, going back and forth for bidons and musettes – and in the end, the only thing that mattered was having them three at the front when we had to. It was more of a tailwind at the area where we expected the race would split, as we left a town with about 40 kilometers to go, yet the echelons still formed. It was riding through two roundabouts, the peloton strung out and that momentum led to the splits. After that, it was a fight between the two groups, a matter of strength.

“We’re doing better and better, with a better bond between us, happier, more motivated. Let’s carry this momentum on to the next few stages.”

The Pyrenees finally loom! Saturday will bring the start of the first mountain block in this Tour, with two short, intense stages with no mountain-top finishes. Day eight will see the peloton cover 141km between Cazères-sur-Garonne and Loudenvielle, with the climbs of the Col de Menté (Cat-1; 7km at 8%), the Port de Balès (HC; almost 12km at 7.7%) and, just before the final descent, the Peyresourde (Cat-1 + Bonus; nearly 10km at 7.8%). It’s high time for many to play their cards.

… There won’t be more racing before Monday, when the Movistar Team will start the Tirreno-Adriatico. Friday, though, our Blues were involved in the final stage of the 2020 Settimana Coppi e Bartali, the GC conquered by Ecuador’s Jhonatan Narváez as he took advantage from the sprint finish -notched up by Eenkhoorn (TJV)- to take a four-second bonus as 3rd-place finish and make up the distance against race leader Bagioli (DQT).

At stage four, held over 166km with seven laps of a demanding circuit in Forlì, around the ‘GPM’ of Rocca delle Caminate (3.2km, 7%), Johan Jacobs got himself into a break for the second time this week, and fought until the end for the points of the KOM classification, where he finished in 3rd place. Einer Rubio, 15th over the line, came up just short for an overall top ten result (he was 12th, +1’00”).