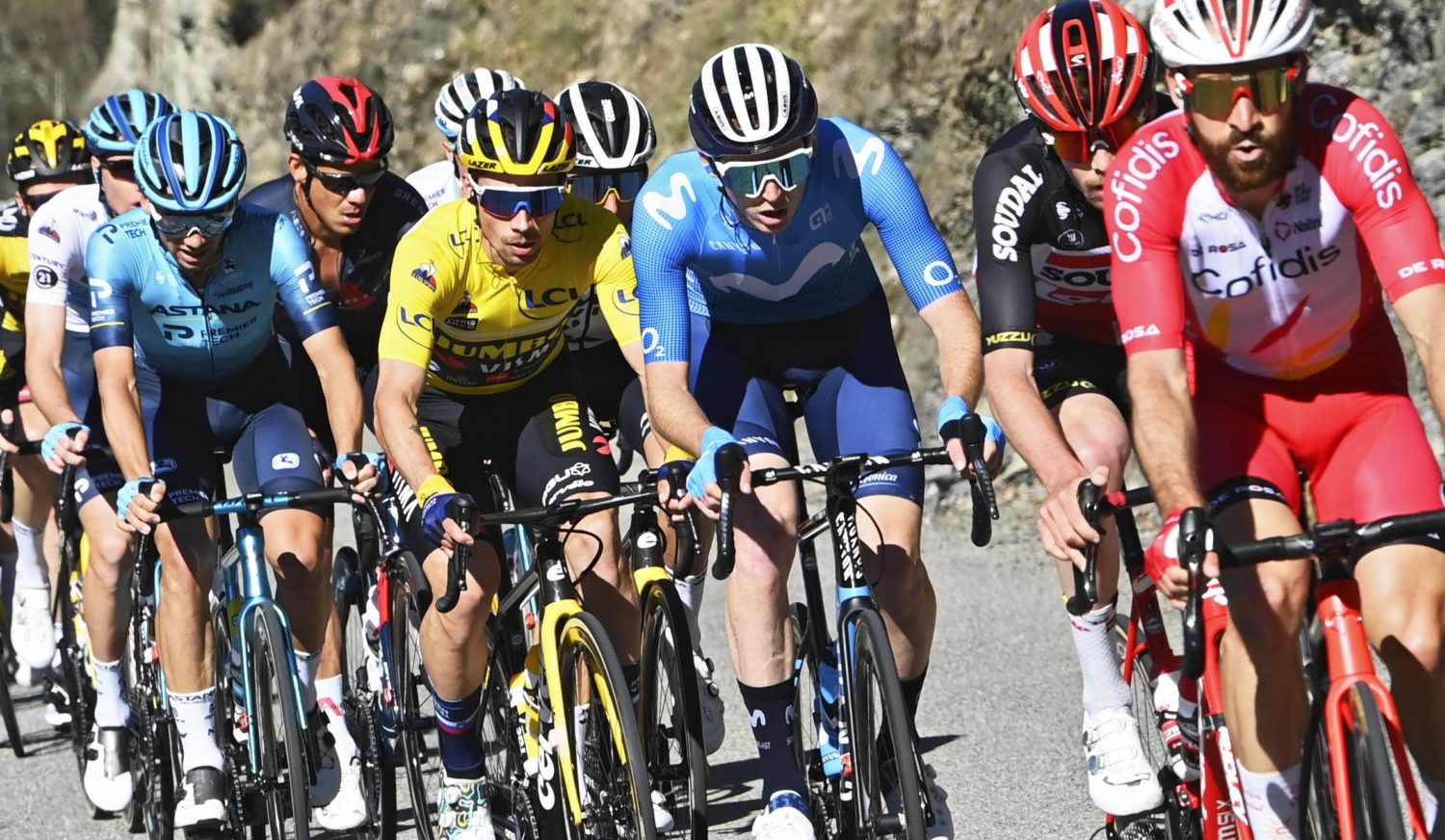 Defying all logic, Max Schachmann (BOH) took on Sunday his second overall victory in Paris-Nice after an evenful final stage -92km from Le Plan-du-Var to Levens-, as Primoz Roglic (TJV) suffered two crashes and was left behind by the other GC contenders to ultimately lose all winning chances.

Matteo Jorgenson (Movistar Team), who was coming into this showdown in 10th overall, ended up taking 8th in his first ever appearance, aged just 21. The young American also finished eighth into a reduced field’s sprint, conquered by Magnus Cort (EFN), after having sought for the early moves in the entrance to the Duranus (Cat-2) circuit. He later enjoyed, once again, full support from the likes of Rojas, Arcas, Erviti, Mora, Mühlberger -who covered him until the last few ascents- and Johan Jacobs, who also went briefly on the attack.

Some valuable experience, in his first race as designated leader for the Movistar Team, for Idaho-born Jorgenson, who continues to show, in only his second WorldTour season, his quality is on par with the best in the business.

“A very chaotic day, way more than I imagined. I didn’t think that the course would be that chaotic but it did. I really wanted to take the first bonus sprint, in order to make sure that I kept my top-ten in GC and make sure that the guys behind me weren’t gonna get it. So I attacked with 2 km to go to the bonus sprint on the first time we climbed, and yeah, they rode very fast behind to get me.

“I got caught and then we started the descent and Roglic crashed the first time. I already knew it was going to be kind of a weird day. We held up, we waited for Roglic and then full gas for the second climb, and there I flatted, at the worst possible moment I flatted, right when we were going to start the second climb.

“Thanks to the team, to Gregor and Jorge Arcas, I came back to the group and was able to find my way back to the front on the climb. Then we descended again and there was a group up front and Roglic crashed again. Then instead of waiting, Bora just decided to go full-gas, and the race completely changed at that moment when they decided to go all in and try to make sure Roglic didin’t come back.

From that moment it was full-gas. I was already at my limit at the bottom of the climb; we started the climb and I just tried to hang on and go for the sprint at the end, I had a bit left but I wasn’t well enough positioned for the sprint. I’m happy with 8th and happy for a GC result, super proud of it. I think it was a good test of what I can do on GC. I wanted to make sure that I made the most of every single day, and I think every day I showed the consistency to do it.

“It’s completely invaluable (to have a team at my service). Honestly, I can’t say enough how important was to have them around me every single day. I wouldn’t have made it throughout the days without the guys around me. This guys are super, super experienced at what they do, and when you have some of the best team-mates in the world helping you, being a 21 year old fighting for the GC… it feels crazy. Everyday I wanted to do the best possible performace because they put me in such a good position so it really helped me mentally.

“Coppi Bartali is next – I don’t have much time to recover, but I’ll go full-gas for it. It will be my first smaller race with the team, so I think I can do a really nice result – I’m actually excited to go to a race a little bit closer to my level (chuckles).”