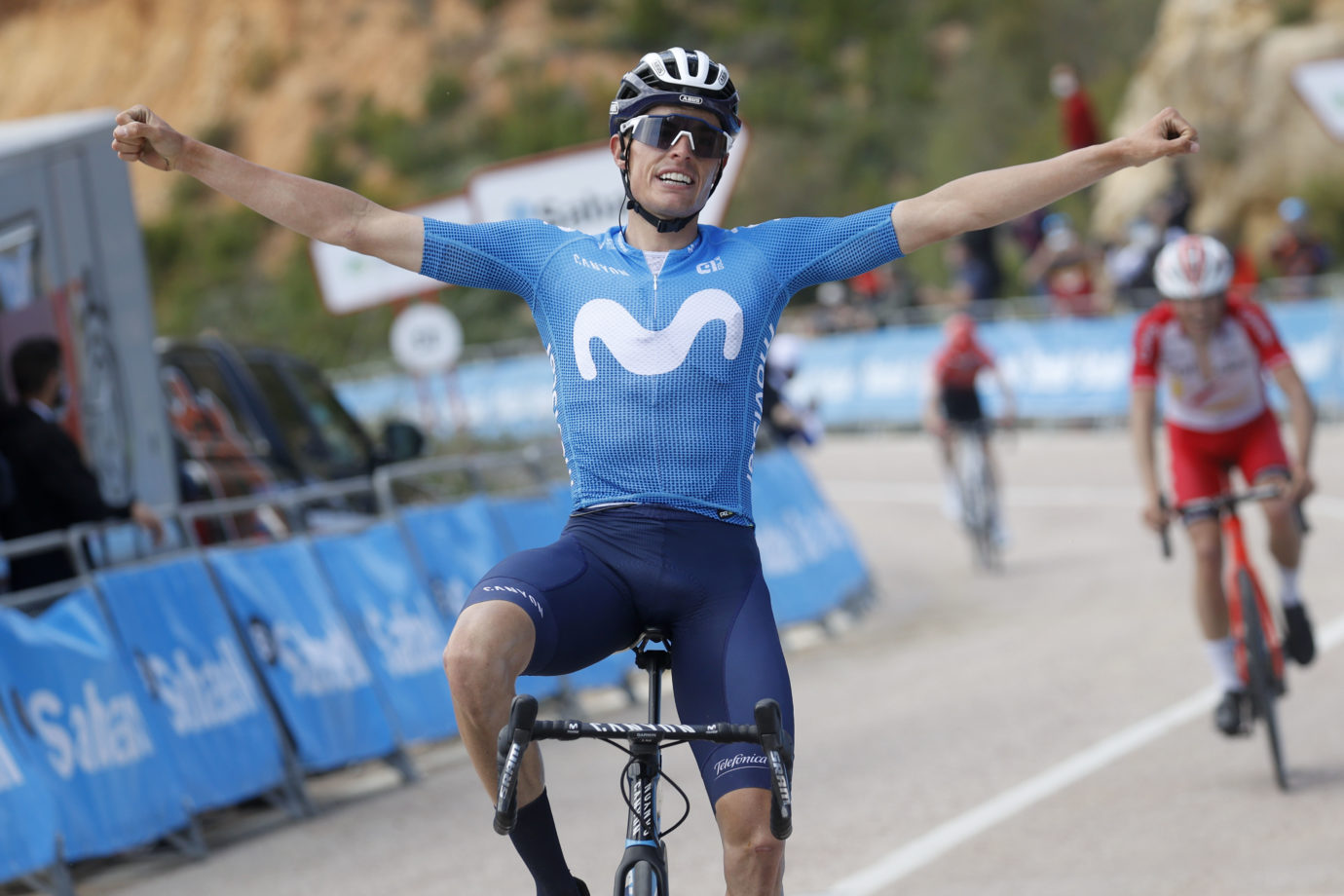 It finally came – Enric Mas’ first victory for the Movistar Team, a success long deserved with his consistency over the biggest stage races in the world, arrived on Wednesday as he took honours in the Queen stage of the 2021 Volta a la Comunitat Valenciana 2021, from Torrent to Dos Aguas.

The Mallorca native had excellent support from his six team-mates, initially going on the move -Erviti, Rojas and Abner González involved in the flurry of unsuccessful attacks in the first half of the race-; later controlled the pack, with Imanol as well as Sebastián Mora; and prepared Enric’s move at the GPM of Otonel, picking up the pace with Abner and Juan Diego Alba before Mas surged with about 30km to go.

Enric, supported by a sensational Nelson Oliveira -7th at the finish-, was able to leave behind race leader Miles Scotson (GFC) and later, at the finishing, Cat-2 climb Alto de la Reina, take the better from another big rival, Stefan Küng (GFC), to end up winning ahead of Frenchmen Victor Lafay (COF) and Elie Gesbert (ARK). A victory his friend Pep Toni Escandell, team carer and great support for Enric until his passing last July, will surely have been in his memory at.

“This victory really feels great – my first win with these colours! I’m super proud of how the team has worked today; they all really were on top of their game today, just like over the whole Volta a la Comunitat Valenciana, always Trying to give their best. We’ve been able to finish this off and it’s been in great part because of them.

We played both cards, not just mine – together with Nelson, we took all chances we could, and he did an awesome job, also trying to stay clear of the front group. He wasn’t lucky enough to escape, and in the end it was up to me to create that decisive gap after his earlier moves.

It’s a short, flat TT tomorrow – we’ll have to give our best; being honest, it doesn’t suit me that well, but I’m really motivated to try and keep the jersey.”