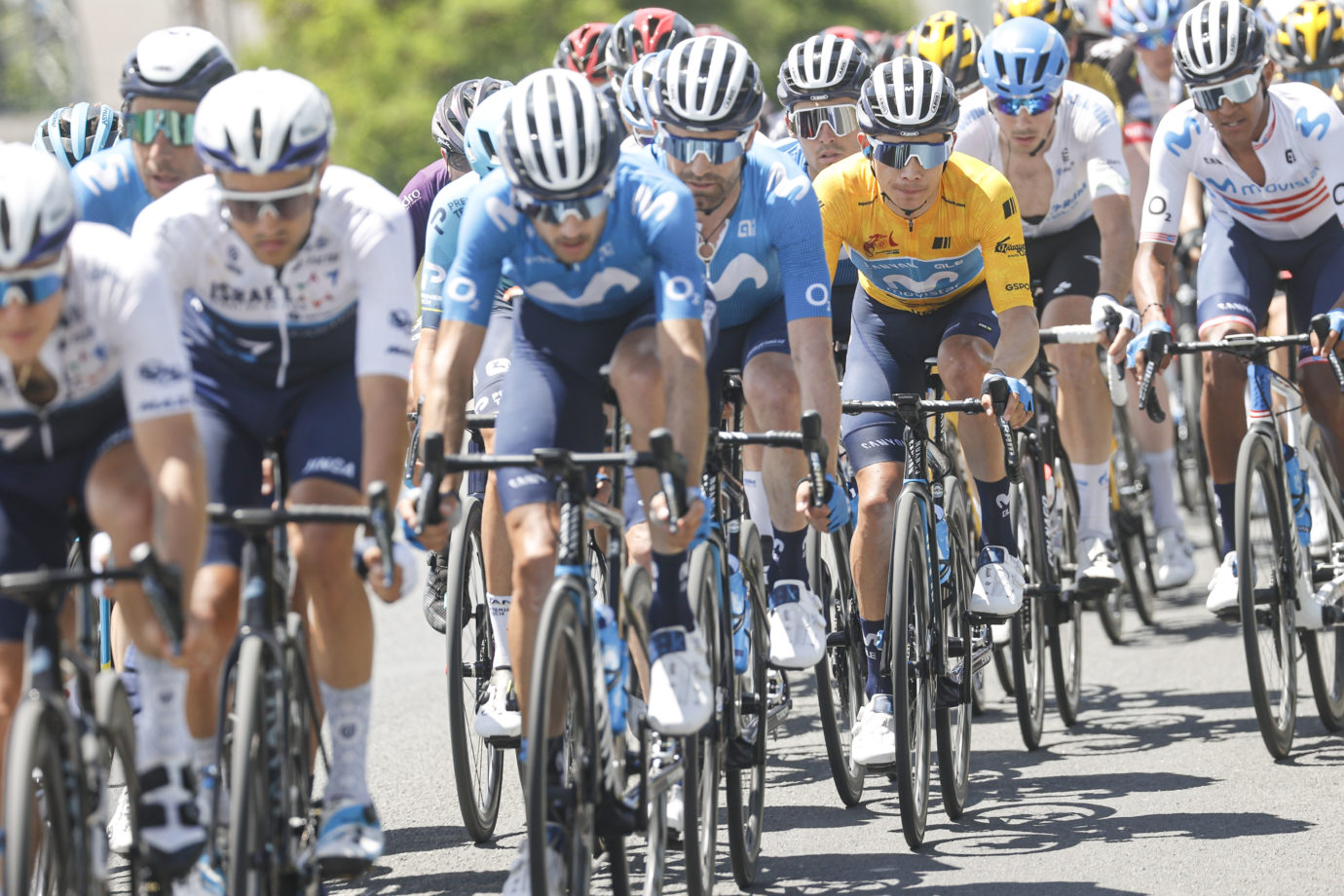 Miguel Ángel López away from setbacks to retain yellow at Ruta del Sol, as Movistar Team riders get safely through all three competitions for the Blues.

Three flat finishes were on the Movistar Team’s busy menu on Friday at their competitions in Spain and Italy. The most important one, having to defend a GC lead, was the fourth, penultimate stage of the Vuelta a Andalucía, which André Greipel (ISN) conquered in Cúllar Vega (182km) at the end of a day with no big climbs. Miguel Ángel López had no troubles to retain his yellow jersey following Thursday’s brilliant stage win.

Carretero, González, Rojas, Hollmann, Mora and Serrano efficiently protected ‘Superman’, who will have to get over a final hurdle on Saturday: a short (107km), nervous stage five in Almería, finishing in Pulpí after two climbs of the Alto de la Geoda (Cat-3).

“The start was quite calm, then we saw the sprinters’ teams taking over to secure a bunch finish. In our case, we tried to always remain in a good position, and my team-mates did a fantastic job to keep me at the front and avoid any setbacks. Tomorrow’s stage could be harder to control, being shorter, and I think the sprinters will have another nice chance, since they weren’t really able to contest those sprints until today – so I hope they will go for it and help us. In any case, we’ll remain attentive and fight until the end. We’ve got an excellent team, as everyone saw yesterday and over the whole race, and even if we didn’t have to push much today, we did have to work near the finish and the guys were excellent.”

It was a completely different finish, with Anastasiia Chursina (ALE) prevailing from the early break, at day two of the Vuelta a Burgos -97km in the Merindades area, between Pedrosa de Valdeporres and Villarcaryo-, with the second, final climb of the day, Retuerta (Cat-3), playing a crucial role in the end result. An attack from Anna van der Breggen (SDW), after a crash inside the main field, contributed to the peloton not organising well when it was needed, their charge coming too late. Annemiek van Vleuten, who remains 5″ off the lead alongside team-mate Katrine Aalerud, did not have any problems to follow the main contenders.

The European champion and the rest of the Blues -with Jelena Erić, who contest the pursuit group’s sprint, as best Movistar Team rider on Friday in 8th spot– will tackle the two decisive stages of the Spanish WWT event this weekend. A hilltop finish on Saturday at Ojo Guareña will follow the long-awaited, grueling Lagunas de Neila climb as showdown on Sunday.

The last race to end today was the Giro d’Italia, as Giacomo Nizzolo (TQA) took the win following a pan-flat 198km on stage 13 from Ravenna to Verona. The seven Movistar Team competitors still in the race – Marc Soler back home on Friday following his abandon – will try, starting Saturday, to get back on their feet at a brutal finish on day 14: the legendary Monte Zoncolan -climbed this time from its less-demanding Sutrio side (13km at 9%)-, crested after 205km that will also feature the Forcella di Monte Rest (Cat-2).