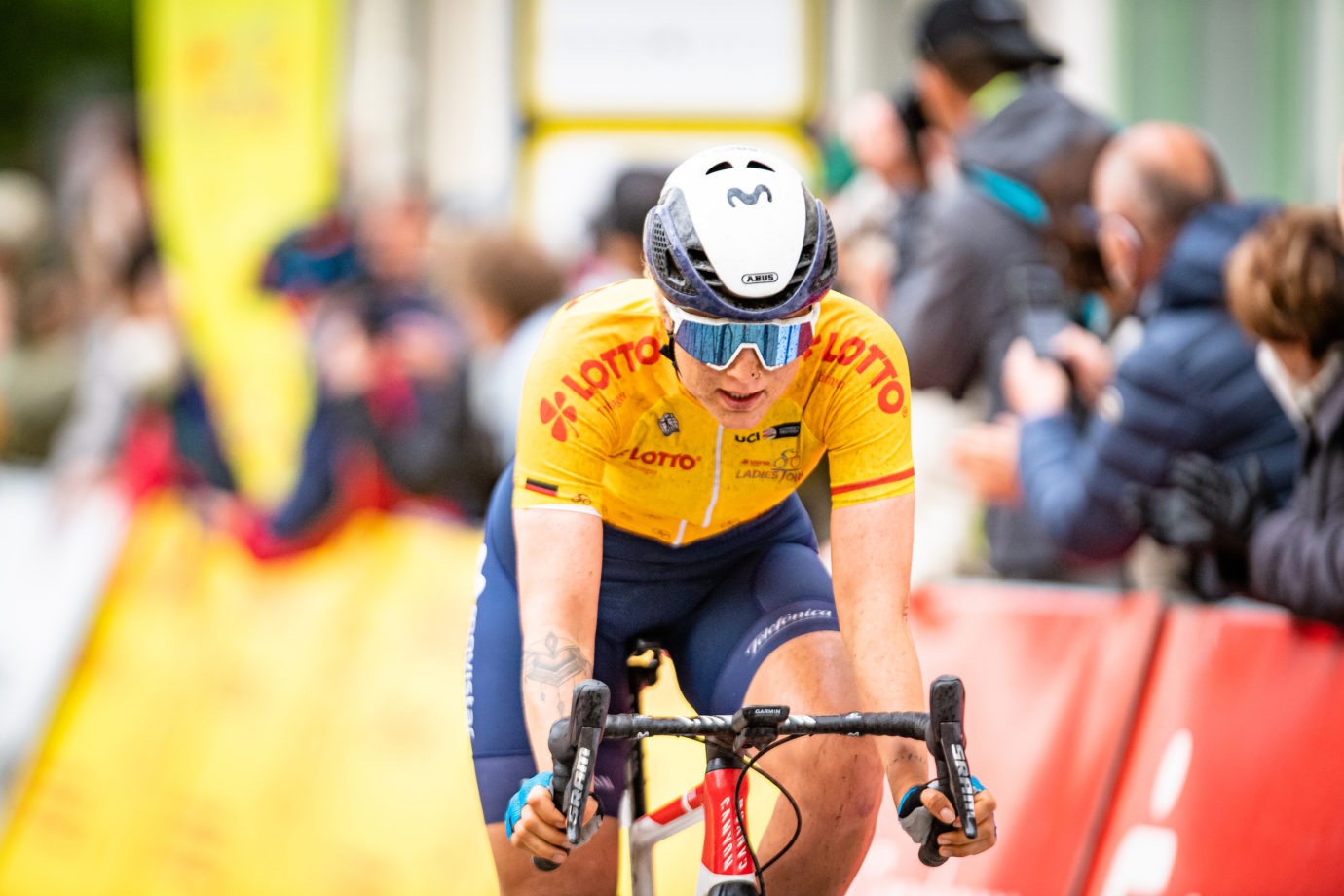 Under the rain and with temperatures not so usual for late May, Emma Norsgaard (Movistar Team) retained her leader’s jersey in the Lotto Thüringen Ladies Tour at Wednesday’s stage two, 120km around Gera with cobblestones, short ascents and an inevitable sprint where the world’s best specialist, Lorena Wiebes (DSM), claimed the day’s honours.

With almost no breaks ahead of the peloton, the main battle today was the bonus sprints, with Lotte Kopecky (BEL) approaching Norsgaard in the standings -she took 5″, getting to just four seconds behind the Nordic rider, who had taken 3″- before returning almost going back to the starting box as Emma took 6″ with her 2nd place behind Wiebes. The Dane, well supported again by Biannic, Guarischi, Oyarbide, Gutiérrez and Teruel, increased her margin to 10″, with Lucinda Brand (TFS) in third at 12″ and Henderson (TJV) + Pieters (SDW) rounding out the top five, 16″ down.

The German race will head towards Schleiz on Thursday, with stage three (110km) being considerably harder than the previous ones, including the longest climb in the race and some lumpy roads near the end. It will be the prelude to Friday’s Queen stage in Dörtendorf, over the well-known Hankaberg as main ‘judge’.