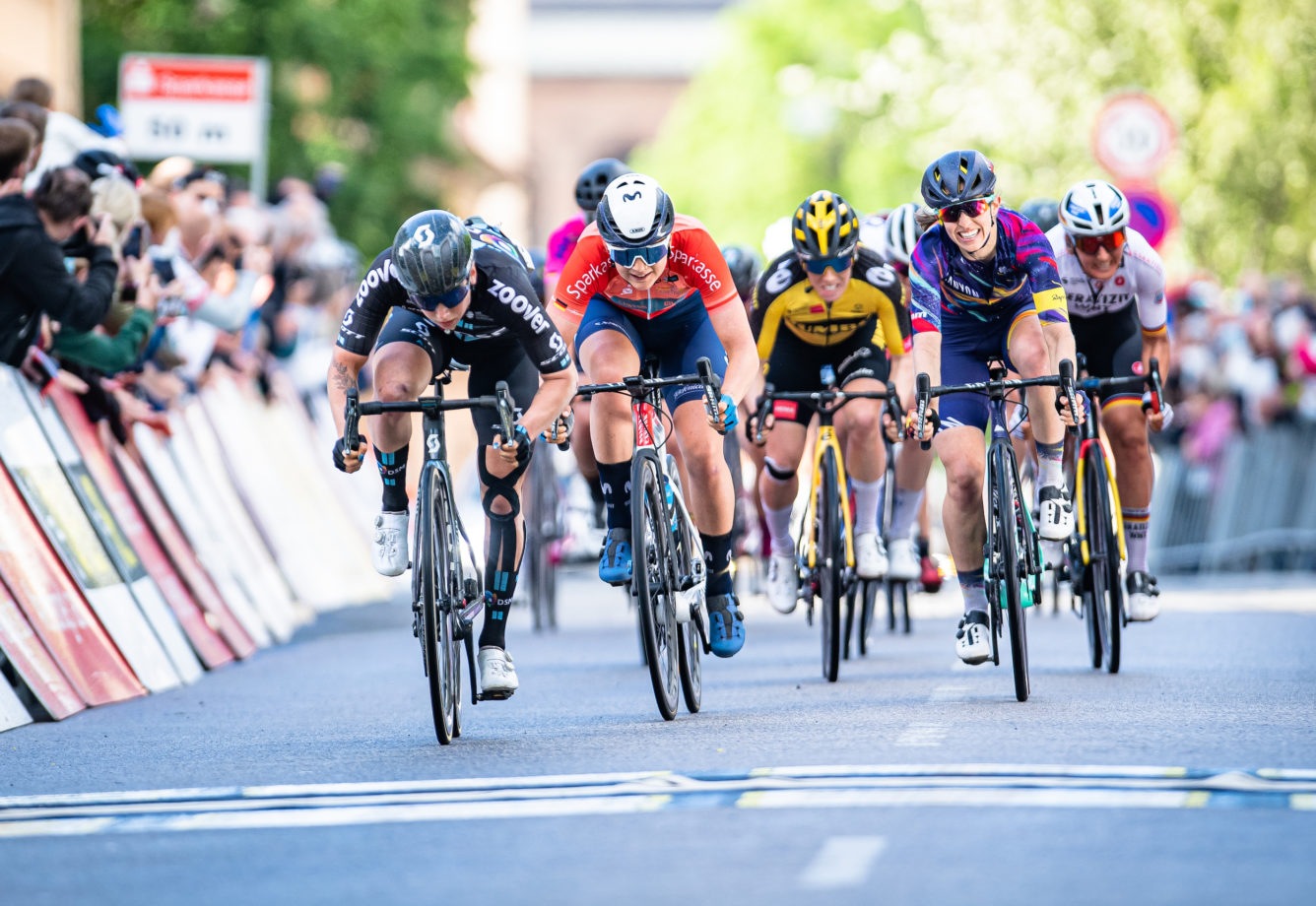 Following a victory, two seconds places and the struggling -with a great 6th place as a result- on the Queen stage, Emma Norsgaard (Movistar Team) stepped onto the spot she had missed on the podium so far, third place, after a long (143km), lumpy stage five in the Lotto Thüringen Ladies Tour(UCI ProSeries), where Lucinda Brand (TFS) took a massive step forward in her aspirations to conquer the final GC.

The world cyclo-cross champion attacked in the section following the last climb of Ottstedt, an 800m, 9% slope into the finishing circuit in Weimar, to leave behind a 20-rider group, featuring Norsgaard, and win the stage with a 6-second margin. Wiebes (DSM) led the peloton home ahead of Emma, who now sits 18″ behind Brand – and only one second after Kopecky (BEL), who could only take eighth today.

The German race will finish in Gotha on Sunday with a rolling course, 98km in length, that includes an uphill finish. At that slope, Norsgaard -who remains the U23 leader- will aim at repeating, or even improving, the third spot overall already obtained by Lourdes Oyarbide at that same city in 2019, the last time the Tour of Thuringia was held.