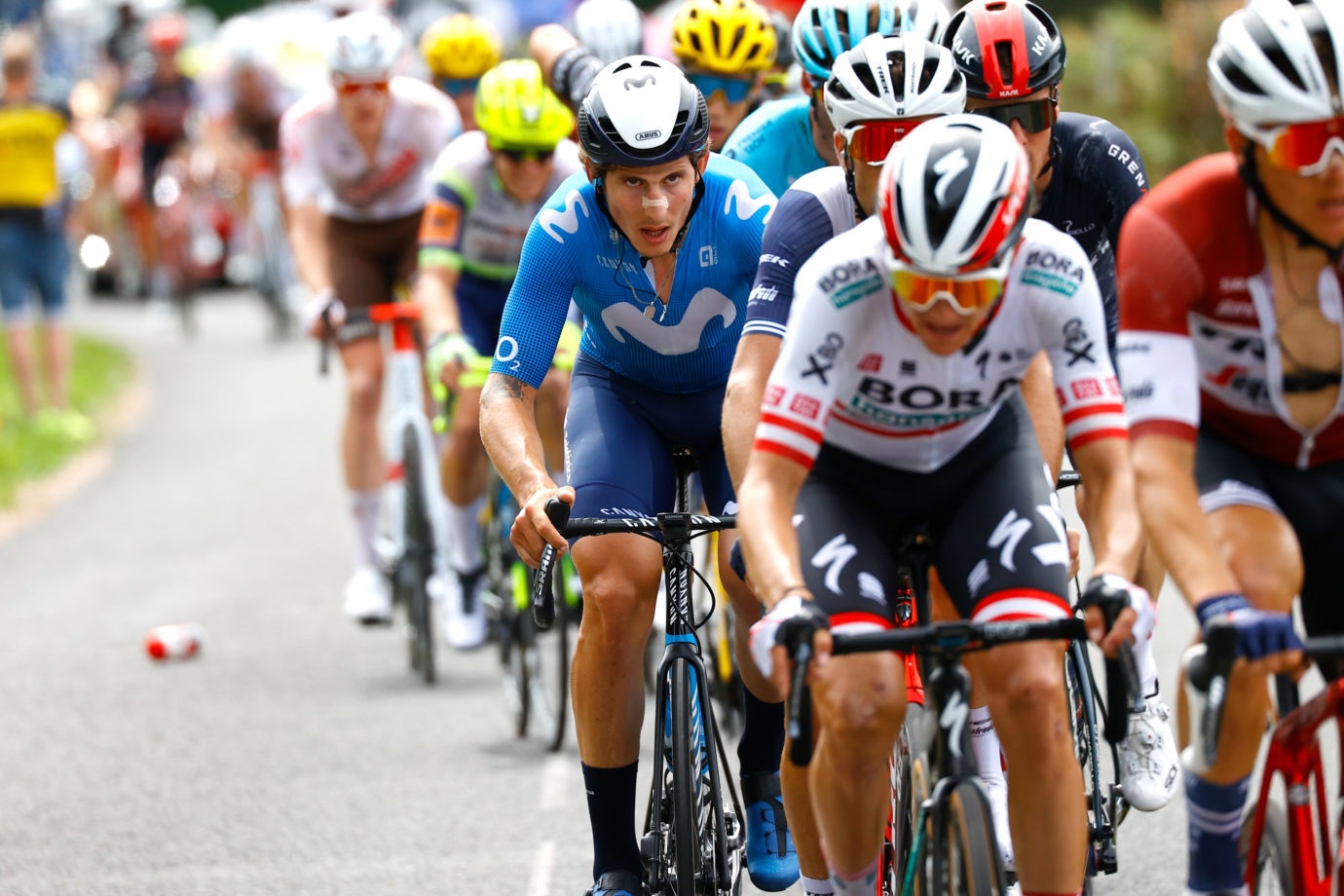 Imanol, Iván into 29-rider move putting race upside down; worked hard both at the front and at the GC group to help Enric Mas. Carlos down into final descent.

Iván García Cortina and Imanol Erviti were the Movistar Team riders invited to a party of offensive cycling, a spectacular stage seven in the Tour de France, over the longest stage route in more than two decades -250km from Vierzon and Le Creusot- and a crazy pace that saw them finishing 40 minutes ahead of schedule, following an unexpectedly strong breakaway.

A 29-rider group, featuring the likes of race leader Van der Poel (AFC); third-placed overall Van Aert (TJV); and big names like Gilbert (LTS), Nibali (TFS), Kragh (SUN), Asgreen (DQT) or Yates (MTS), made a gap impossible to bridge back by the UAD-led peloton after 40km of fierce battle, defending champion Tadej Pogacar’s squad unable to stop the haemorrhage of a break which reached the finish with a big margin.

Cortina and Erviti thus got themselves into the fight of the day’s success, soon restricted to a four-man elite group in the early climbs with Stuyven (TFS), Campenaerts (TQA), Van Moer (LTS) and eventual winner Matej Mohoric (TBV). After dropping back and bridging several times, the two Blues were left behind at the tough slopes of Signal d’Uchon (Cat-2), less than 20km from the end… and completed a nice job by supporting Enric Mas near the end, the Spanish rider finishing 5’15” back, with all main contenders, as Roglic (TJV) was left behind.

The day’s worst news were a crash from Carlos Verona into one of the final descents. The Madrilian sustained abrasions to the left side of his hip, both arms, hands and legs and, more importantly, acute pain to his left elbow. (Full explanation on his Facebook page, in Spanish)

The TDF will enter the Alps on Saturday with a quite shorter, yet equally intense stage eight: 151km from Oyonnax to Le Grand-Bornand, with the final climbs of Mont-Saxonnex (Cat-1) and especially the combination of Romme (Cat-1) and Colombière (Cat-1 + Bonus), two of the most demanding climbs in this year’s ‘Grande Boucle’.