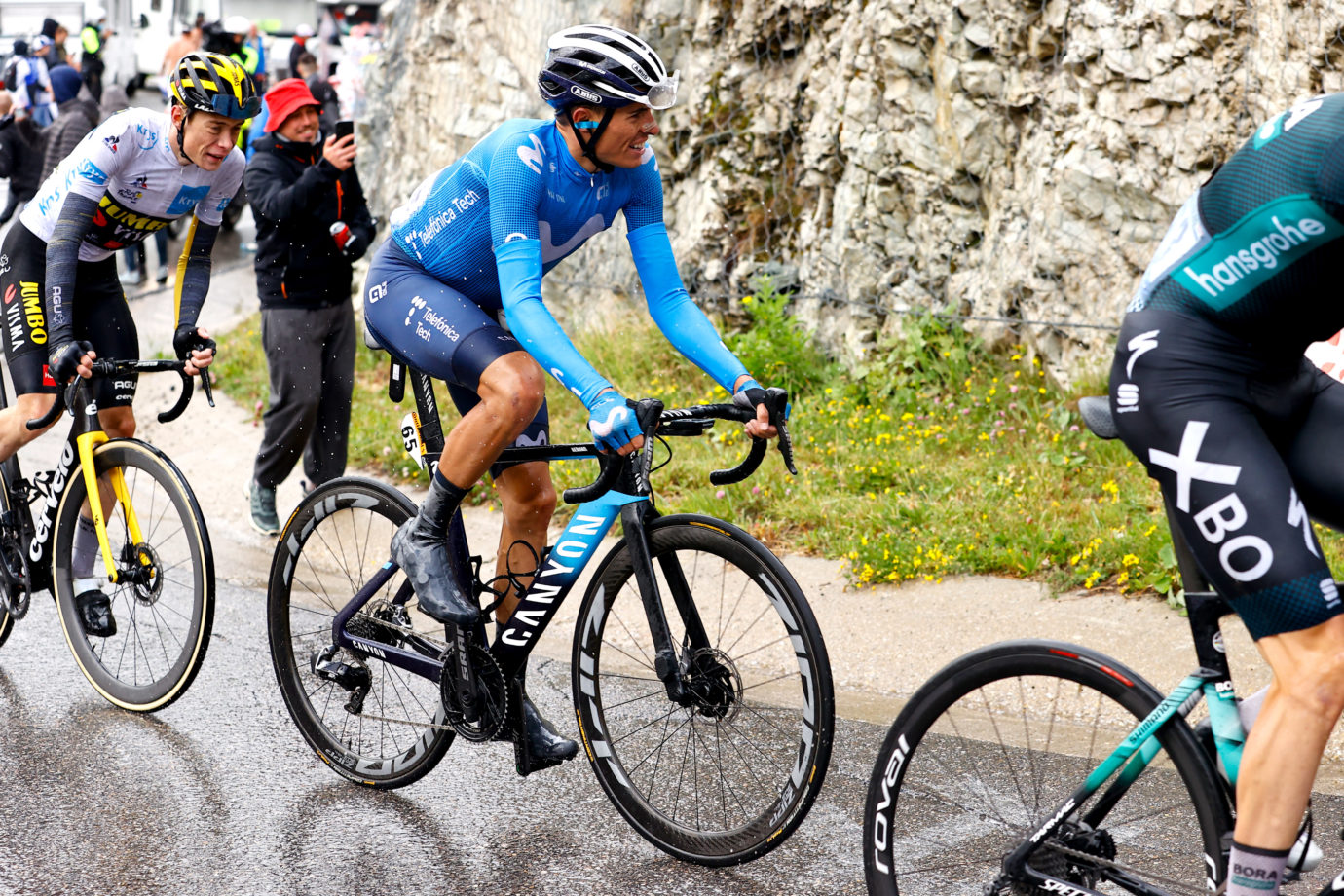 Spaniard affected by crash early into final Alpine day; still has energy left to launch his first attack in the ‘Grande Boucle’ into final climb of Tignes, sits now in 6th overall – just under half a minute from podium. O’Connor (ACT) wins from break, now ranks 2nd behind Pogacar (UAD).

Despite a significant blow, yet another setback for a severely hampered Movistar Team in this first half of the 2021 Tour de France, Enric Mas showed on Sunday’s stage nine to Tignes that he’s really got a shot at contesting a GC podium finish in Paris.

The Spaniard was affected by a crash around 30km into the stage, just after the initial climb to Domancy (Cat-2), which left his clothes severely damaged yet, looking at the results, didn’t mean any major physical consequence.

Supported until the foot of the last climb by Valverde and a great Jorge Arcas, Mas got over the ascents with apparent ease and also went through a final selection created by INEOS Grenadiers, before attacking, just before the top, to try and further reduced his group -which race leader Pogacar (UAD) had already left behind-.

Enric’s move meant that Kelderman, Lutsenko -whom he overtakes in the GC- and Gaudu conceded time, which takes the Spaniard up to sixth overall, just 29″ off third place, while Ben O’Connor (ACT), who took a resounding victory, got up to second after his huge finishing margin. The new situation is Enric’s best in this year’s ‘Grande Boucle’, right before the first rest day on Monday.