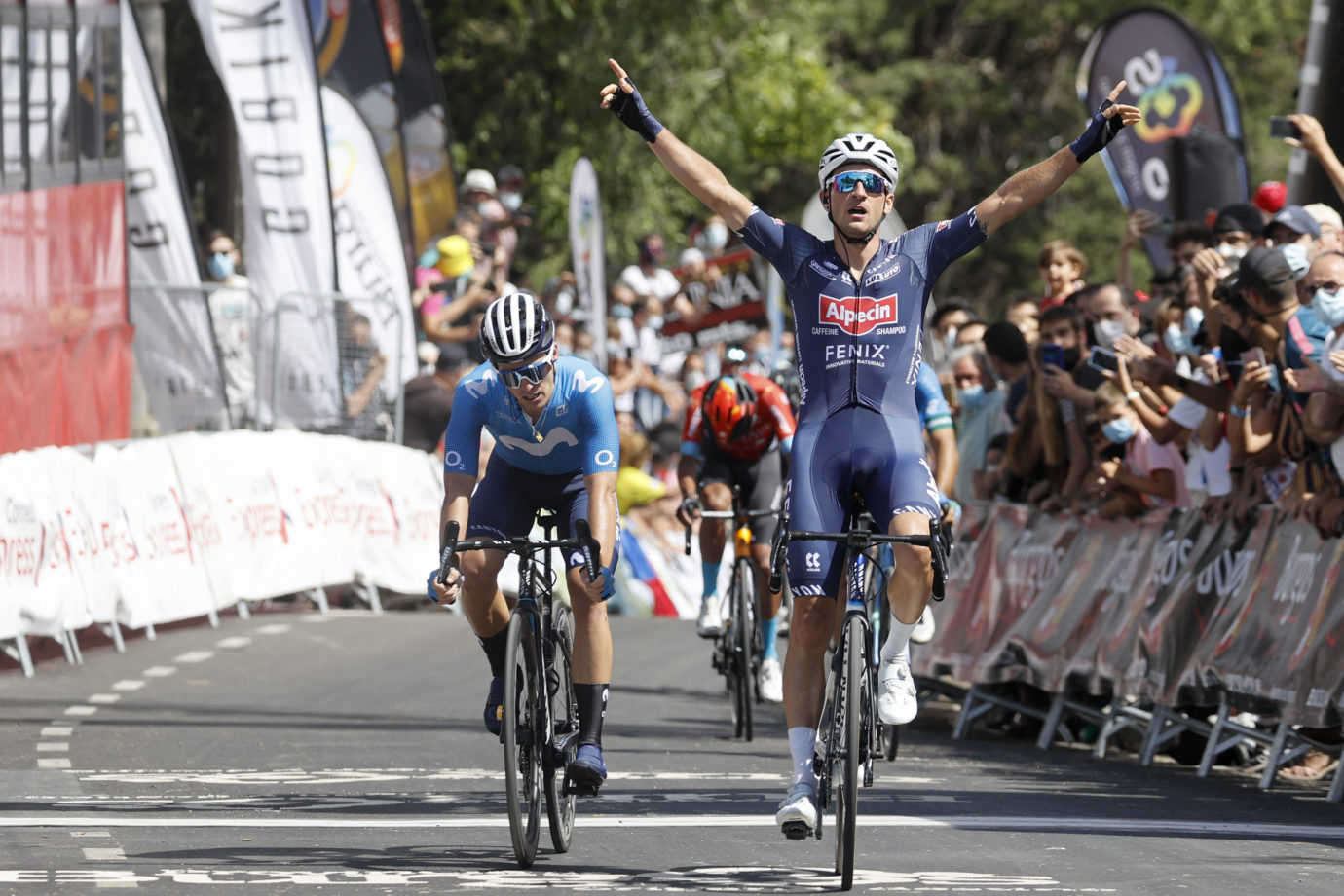 Edward Planckaert (AFC) bests Spaniard from Movistar Team as Blues spend second half of the stage on the move with strong Johan Jacobs.

It was quite an active presence from the Movistar Team riders on the opening day of the 2021 Vuelta a Burgos, over 161km starting from the city’s magnificent cathedral and finishing on the slopes of the Alto del Castillo. In the end, Gonzalo Serrano took 2nd place, behind stage winner and new race leader Edward Planckaert (AFC), just one step short to claiming his second win of the season.

The Madrilian joined, together with team-mate Johan Jacobs, a selected first group formed with crosswinds halfway through the stage. Jacobs tried to keep alive that group into a further selection of ten riders, which got through the first Castillo climb with nearly half a minute and was caught with just 3km remaining.

The Telefónica-backed squad’s support to Serrano was close to giving the Movistar Team a win in the Spanish race, where Johan will wear tomorrow the KOM jersey as 2nd in the standings. Wednesday’s stage two should be one for the sprinters in Briviesca, before the climbs take on the Picón Blanco on Thursday.

“It’s been a pretty hectic race, on full steam from the very start, with splits, crosswinds, one break, then another – and in the end, it got pretty much together almost at the end. I tried to launch a long sprint, from my usual distance, and it ended up being a bit too long. We will have to stay content with second place, but it leaves me with a bittersweet taste, it hurts. You come here, you know you’ve got a good chance at such a finish, and taking second place, even if a good result, doesn’t leave you satisfied.”