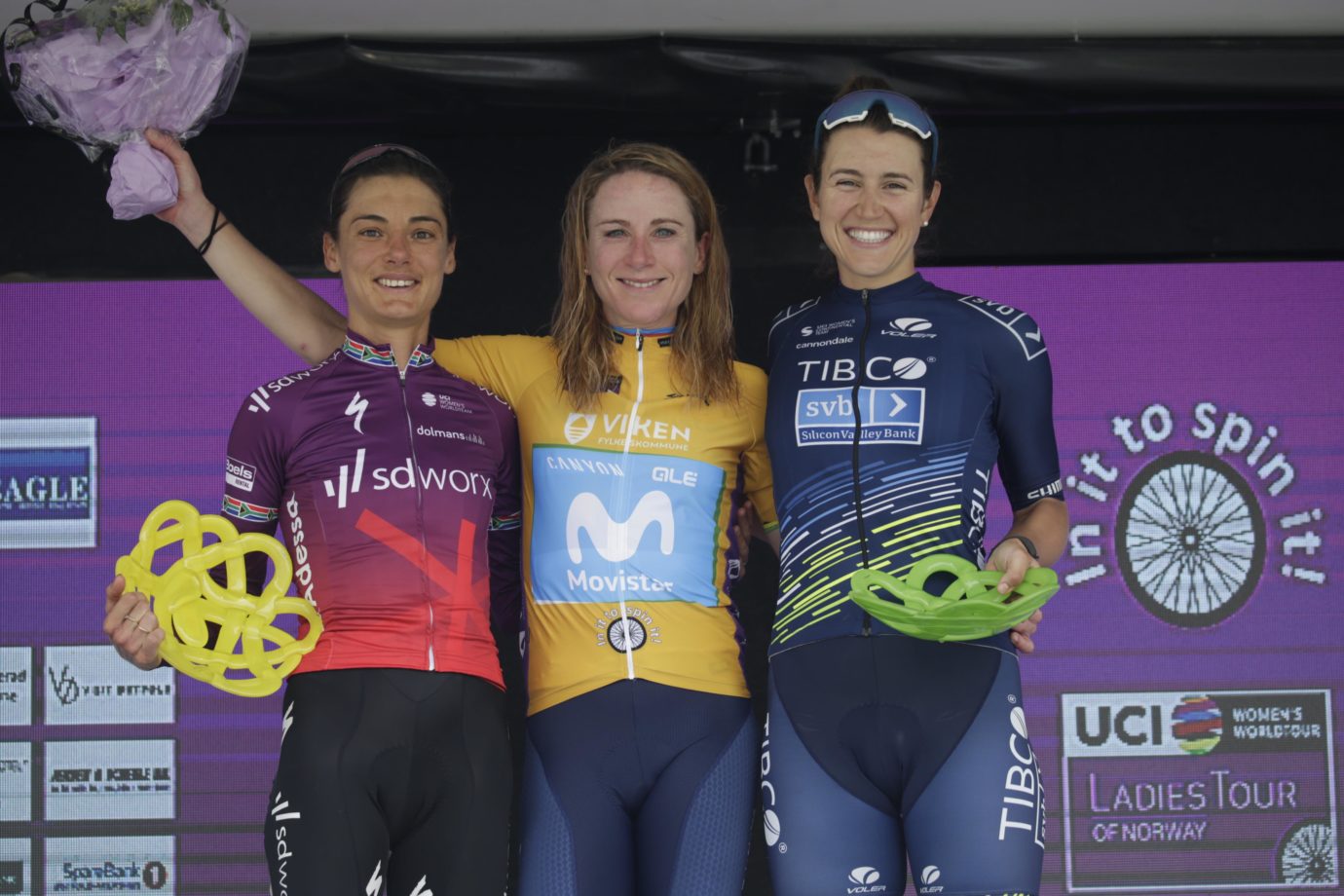 Despite the big stress for all riders at the closing circuit of stage four of the Ladies Tour of Norway (UCI Women’s WorldTour) in Halden, Annemiek van Vleuten and the Movistar Team were able to confirm their third women’s stagerace success of 2021 – and they did so in style.

Barbara Guarischi, Aude Biannic, Gloria Rodríguez, Leah Thomas and Sheyla Gutiérrez took care with precision and and strength of the Olympic champion during the 141km final route from Drøbak to Halden, more importantly into a final loop where crashes and splits led the Telefónica-backed squad to take themselves to the front and follow every movfe until the end.

Moolman (SDW) and Faulkner (TIB) would join Van Vleuten on the podium, the Dutchwoman reaching 82 pro wins and taking the Movistar Team structure to 31 victories in 2021, 18 for the women’s squad, ever so consolidated within the strongest outfits on the planet.

“This morning I was waking up not nervous at all, because I know, when I have girls like these around me, I can feel safe, and I was never in trouble today. Having the team always around me is good. With the Grand Tours coming up in 2022 and the Tour de France, I think this team showed they know what to do. I didn’t need to tell them anything, it was super good to ride with them and I felt so proud about their work. In the final circuit it was a bit hectic, yet it was so nice to have the team at the front at all times there, which kept me really safe. If there were any plans to try and make up some time there, we showed the other teams that we could keep the front.

“I’m now going back to Livigno, but not as an altitude training camp rather than ‘recharge’ myself. I need to keep my motivation as high as possible for the remainder of the season, and I also want to have time to realize what I’ve achieved and have fun training again. It’s really sad for me that there aren’t any really hard races left in the calendar. The TT World Championships should be a bigger target for me in the next few months, then I plan to also race the European Championships road race, which is really close to the place I’ll be staying in Italy. I’m also planning on racing The Women’s Tour and finish my season at the Ronde van Drenthe.”