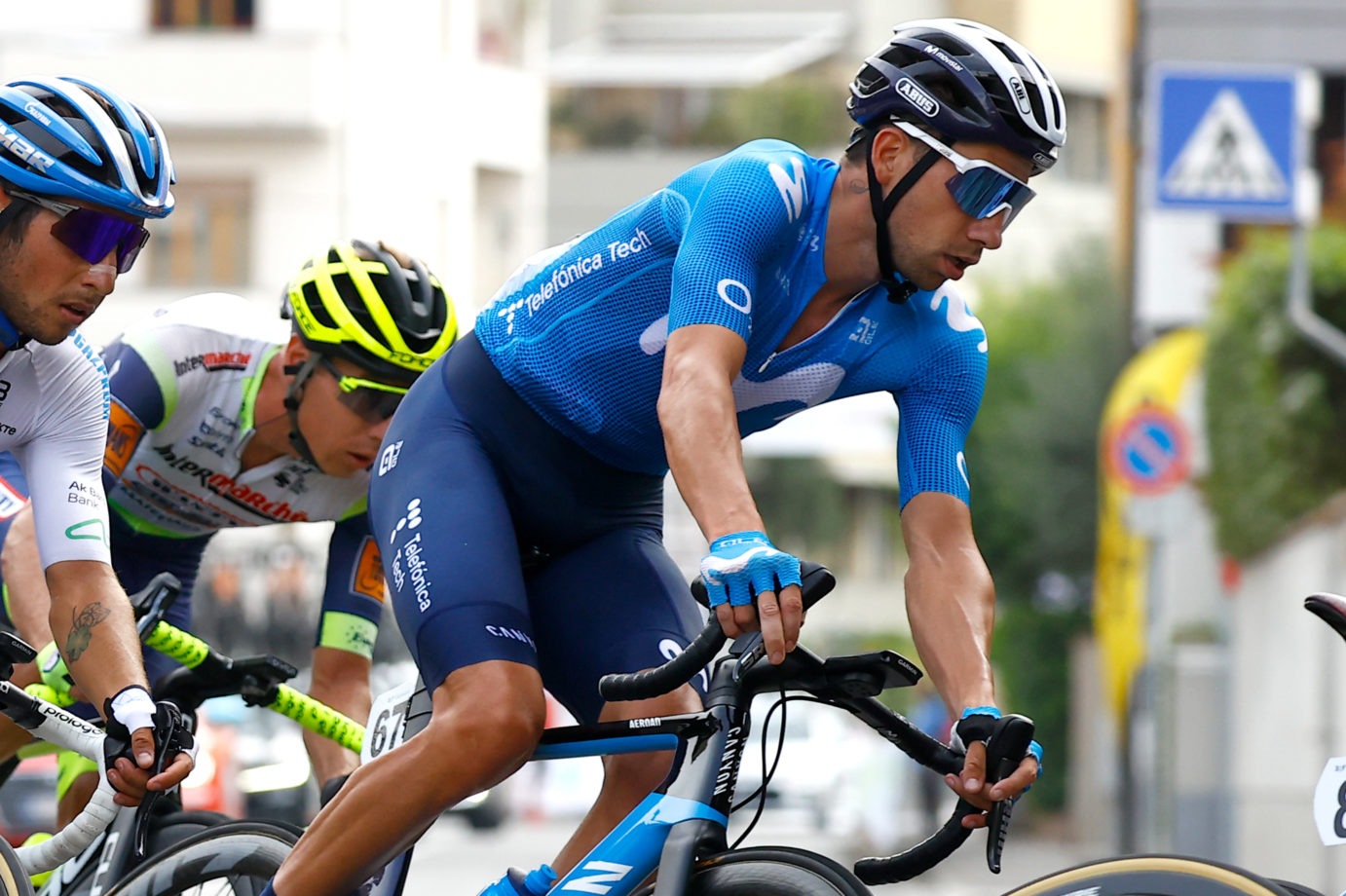 Italian from Movistar Team one of the strongest into final climb to Monte Serra, part of elite group including late attacker, race winner Valgren Hundahl (EFN).

It was quite an active race from Davide Villella (Movistar Team) at the 2021 Giro della Toscana, the first of four Italian pre-Worlds events for the men’s Telefónica-backed squad this week, held on Wednesday over 191km around Pontedera with two crucial climbs of the Monte Serra (8km at 7%).

Supported by his team-mates, involved in the pursuit of a first big move featuring Rigoberto Urán, Sergio Higuita (EFN) and Lorenzo Rota (IWG), Villella laucnhed several attacks into the final climb, the group reduced to barely 16 riders over the top. After the descent, into the flat course to the finish with 14km to go, Michael Valgren Hundahl (EFN) launched a solo attack that granted him the day’s victory, with Alessandro de Marchi (ITA) in 2nd just ahead of a pursuit group led home by Diego Ulissi (UAD, 3rd).

Villella obtained a notable 5th place, third from the group’s sprint, as he again confirmed his good form from the toughest stages in the recent Benelux Tour. The Italian will again be one of the Blues’ main references at Thursday‘s second Tuscan race, the Coppa Sabatini, which features an uphill finish.