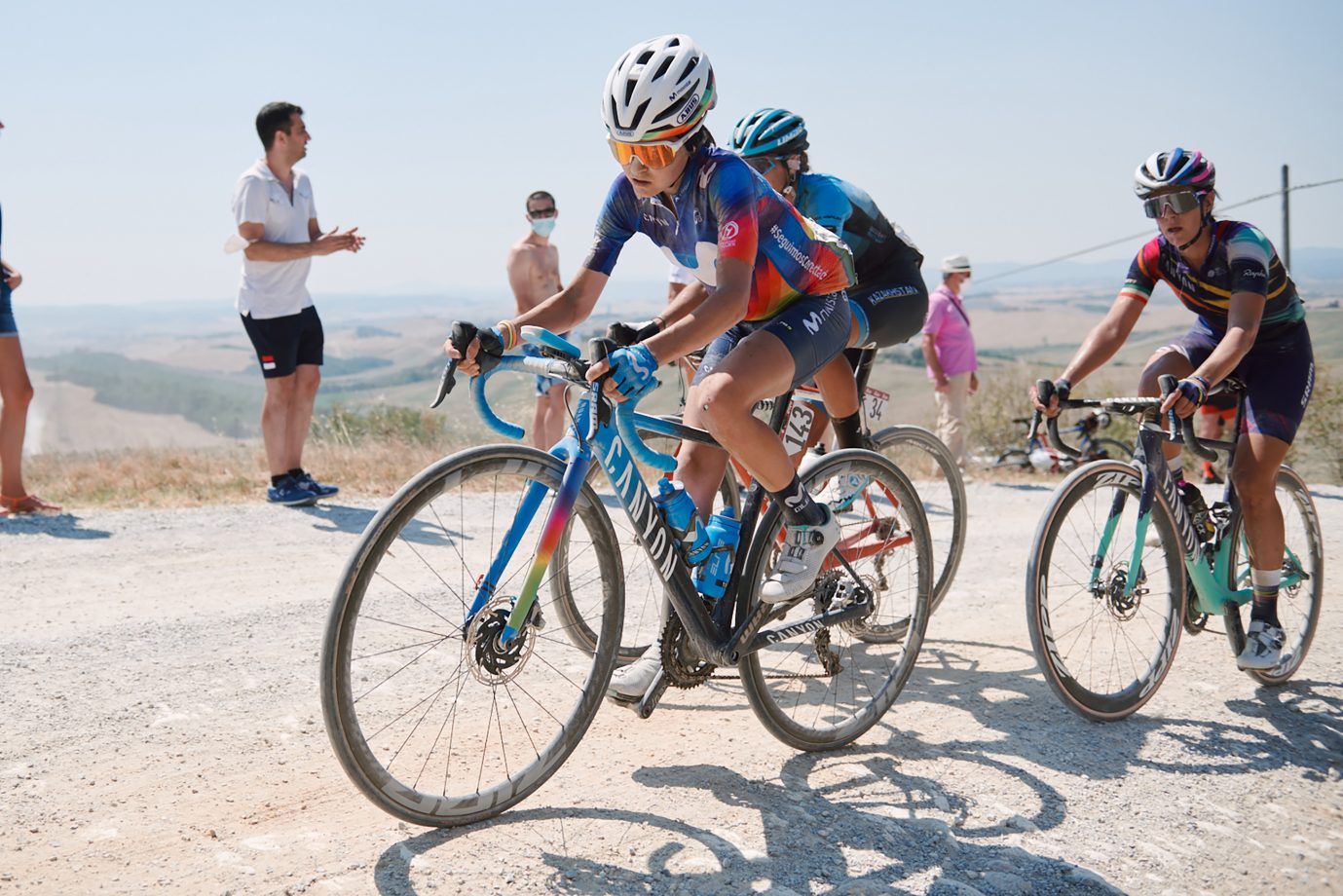 Movistar Team trio, wearing the various components of the Charity Jersey, finish in Siena as World Champion Van Vleuten (MTS) surges from the field to take another win.

It’s a 184-kilometer race for the men and a 136km course for the women, with sterrato (white gravel road) sections longer in the first half of the race and a more demanding profile in the second, shared between both events. Three intricate final sectors -Vico d’Arbia, Colle Pinzuto and Le Tolfe- lead to a brutal finish up Via Santa Caterina (16% max.) before the entry to the world-famous Piazza del Campo.

It’s a heat wave in Tuscany. From the snow in 2018 and the mild temperatures in 2019, to the 37ºC maximum temperature in a very special race, never held in the summer before. The later schedule, with both events entirely in the afternoon, makes for an even warmer scenario.

Most of the men will stay in Italy to race the Grande Trittico Lombardo (Monday 3rd), Milano-Torino (Wednesday 5th) and Milano-Sanremo (Saturday 8th). The women, in turn, will travel to the Pyrenees to cover an altitude training block, and will return on Sunday 15th for the French event La Périgord.