Valverde up to 4th in Catalunya after Queen stage 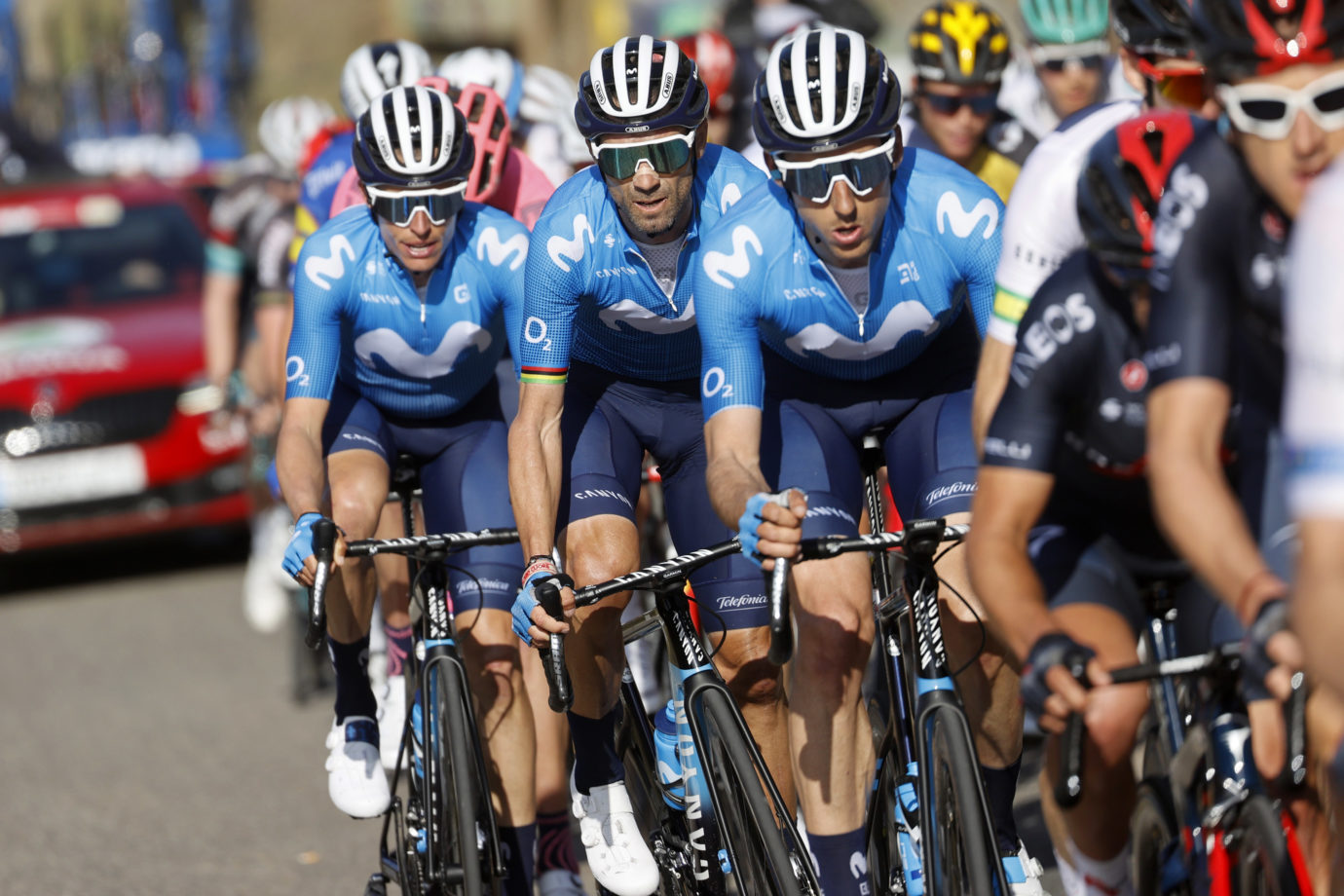 Colombian Esteban Chaves (BEX) left behind years of misfortune with a solo victory atop Port Ainé, end of the hardest mountain stage in the 2021 Volta a Catalunya, as Alejandro Valverde (Movistar Team) confirmed his legs and sensations after Wednesday’s brilliant display in Vallter 2000.

The Telefónica-backed squad’s leader was well supported by his team-mates at a peloton keeping in check a strong, 12-man breakaway formed at the Collada de Toses (Cat-1). The group, featuring Sergio Samitier and Antonio Pedrero from the Movistar Team, was never let go more than three minutes away, neutralized at the foot of the last climb as they also sought to catch Lennard Kämna (BOH), who had left the escape behind at the Port del Cantó (HC).

Under INEOS’ insistent pace, which only ‘allowed’ Chaves’ strong acceleration staying away, no favourites were able to gain an advantage. It wasn’t without trying, though: Enric Mas attacked with 4km to go to keep Alejandro’s stage win chances alive. The Murcian finished 6th, and is now fourth overall with only three IGD riders ahead. Mountains aren’t over, nevertheless, as a hilly weekend starts with Montserrat (Cat-1) on the way to Manresa on Friday.