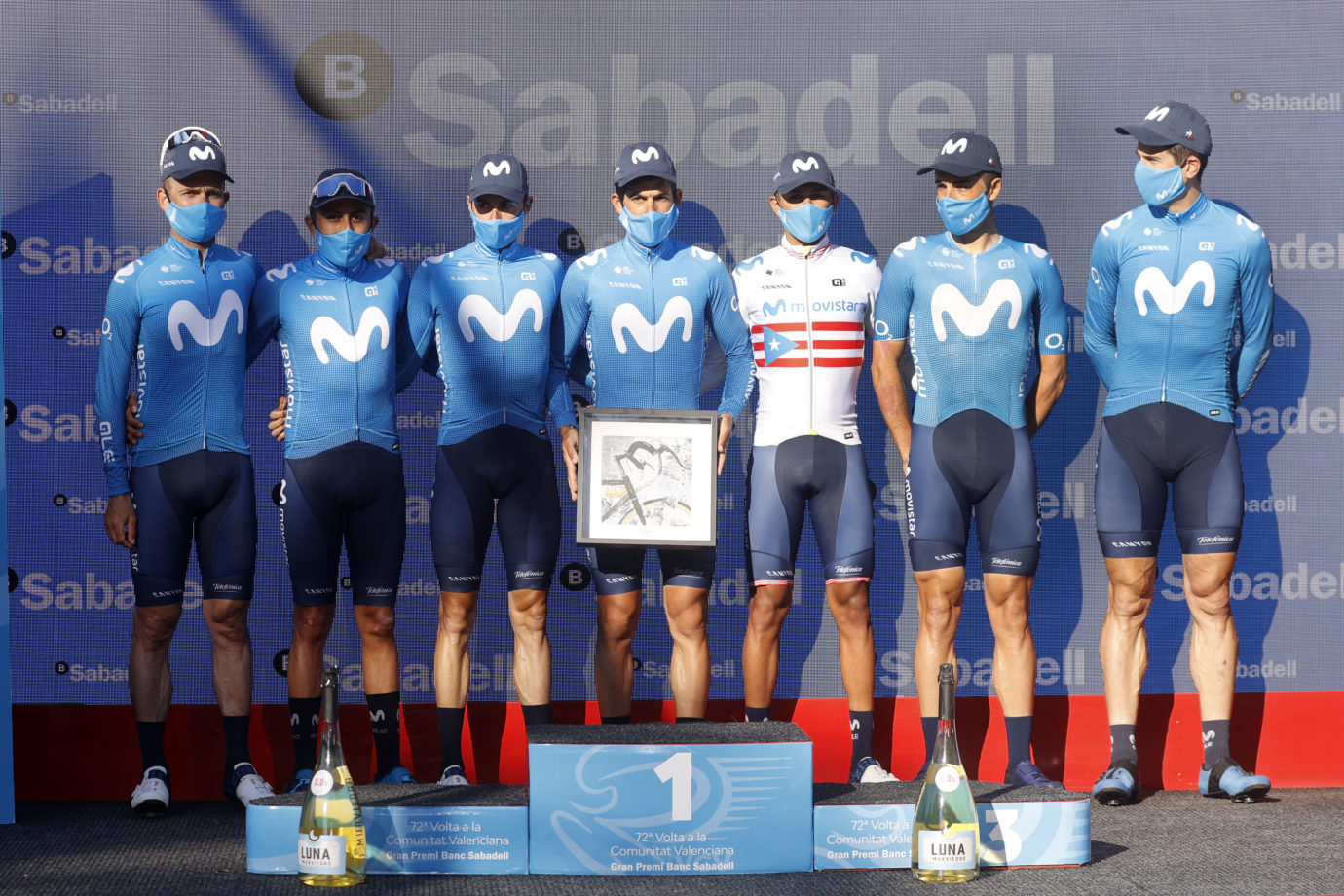 A huge Sunday for the Movistar Team, with up to four races, came to its close with a triple podium for the Blues at the Volta a la Comunitat Valenciana, whose 72nd edition ended with a flat, 92km parcours between Paterna and Valencia.

Démare (GFC) won the inevitable sprint, held this year at the Campanar neighbourhood outside the city center, after a day in which Abner González was present on the break along with Cam (BBK), Bou (EUS), Van der Brande (TIS) and Wright (MGK), together they managed to get a 2 minute gap with the peloton before getting caught.

Nelson Oliveira (2nd overall, behind Küng) and Enric Mas (3rd) finished the stage with no setbacks, with the Portuguese entering finishing next to the Swiss to avoid any dangers.

The Movistar Team, which showed excellent attitude and commitment, especially at Friday’s Queen stage in Dos Aguas –won by Mas-, also stepped onto the podium as best squad in the Vuelta CV, the final event of this first Spanish stagerace tournée for the only WT outfit in the country. Asturias, Mallorca, Andalucía and Murcia will continue the ‘series’ in May.

“I have felt very well after these days I have spent in altitude with the team at Sierra Nevada. I thought the race was going to be tougher to me because of this but no, sensations have been good.

We have done a great race all together, the teammates had helped us consistently, sadly Enric had that problem, but in the end we have been there and we have been protagonists”.