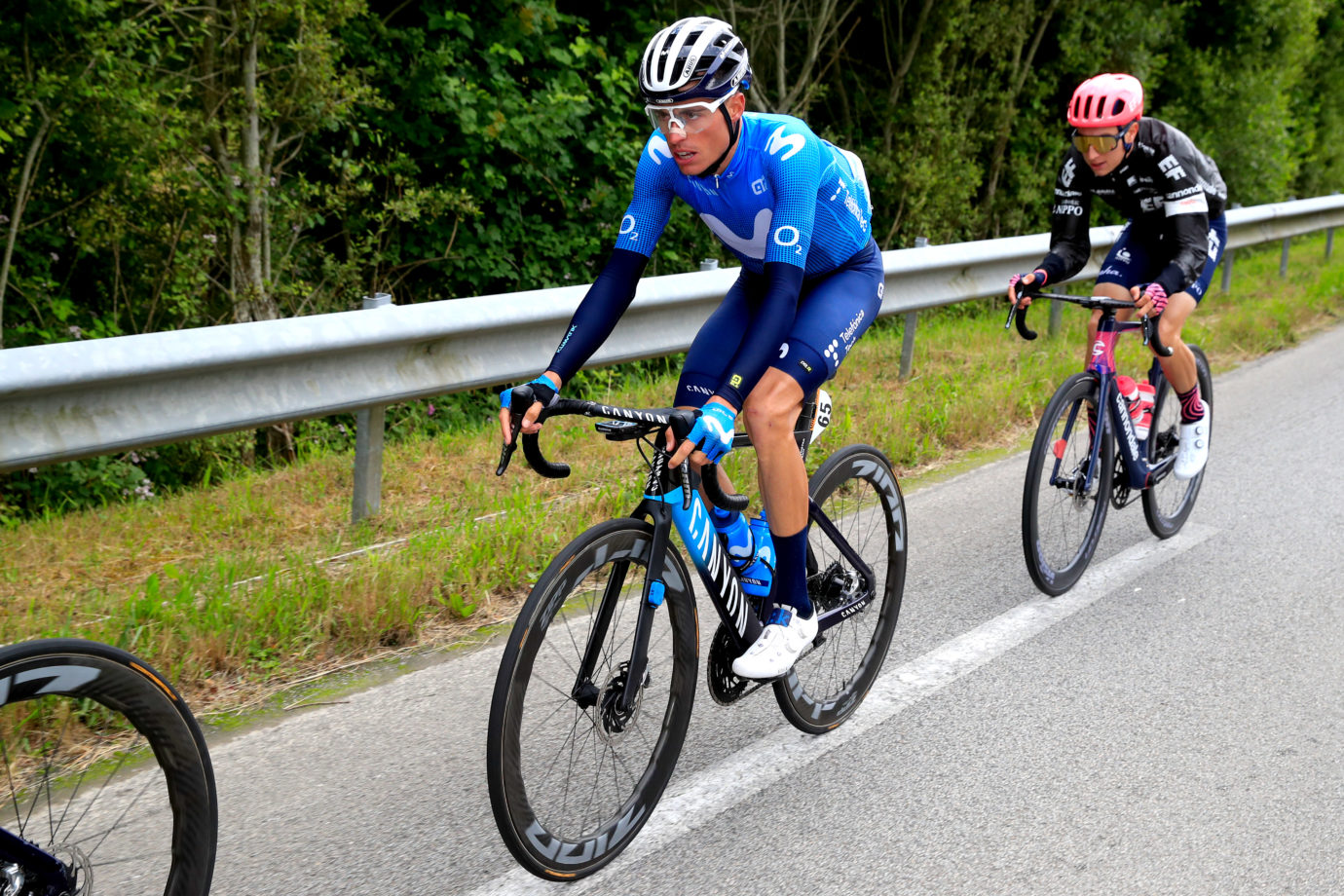 Miguel Ángel López suffers another issue near the end, concedes more than 1′ on round three in Brittany; Enric ahead of nearly all favourites following good support from Cortina.

The eventful start to the 2021 Tour de France in Brittany reached new heights of stress and chaos on Monday’s stage three finale, over narrow roads, a downhill finish in Pontivy and a peloton under more pressure than ever. In that situation, Enric Mas (Movistar Team) went through unscathed, while misfortune again hit Miguel Ángel López really hard.

About a dozen kilometers from the end, a touch of wheels in a narrow section took López down and forced him to change bikes with Jorge Arcas, an emergency measure to limit losses which three of his team-mates tried to reduce: Imanol Erviti, Carlos Verona and even Alejandro Valverde. The Colombian reached the finish line with a 1’21” loss against the leading group containing Alaphilippe (DQT) and Carapaz (IGD), which sees him drop down to almost 4′ on the GC.

14″ after that first peloton with the top sprinters finished Mas, with great help from Iván García Cortina after a late split. The Spaniard now sits in 7th overall (+40″), putting time on Geraint Thomas (IGD) and Primoz Roglic (TJV), who also suffered crashes earlier on. The ‘Grande Boucle’ will cover a final stage in Brittany on Tuesday, another expected bunch sprint in Fougères, before the first ITT from Changé to Laval on Wednesday.

“These finishes are more gymkhana-like than a Tour de France one, but it is what it is. You can’t change much about these roads, and the stress is always like this, yet in a finish like today, a ‘different’ one, the 3km rule when it comes to crashes had been asked to take a bit forward, maybe at 5k to go or something, which was the CPA’s plan. A plan was presented, yet there wasn’t any agreement and here’s what we’ve got. We lost some time there with Enric – I tried to bring him as close as possible in the end, yet he still lost a few seconds I think.”