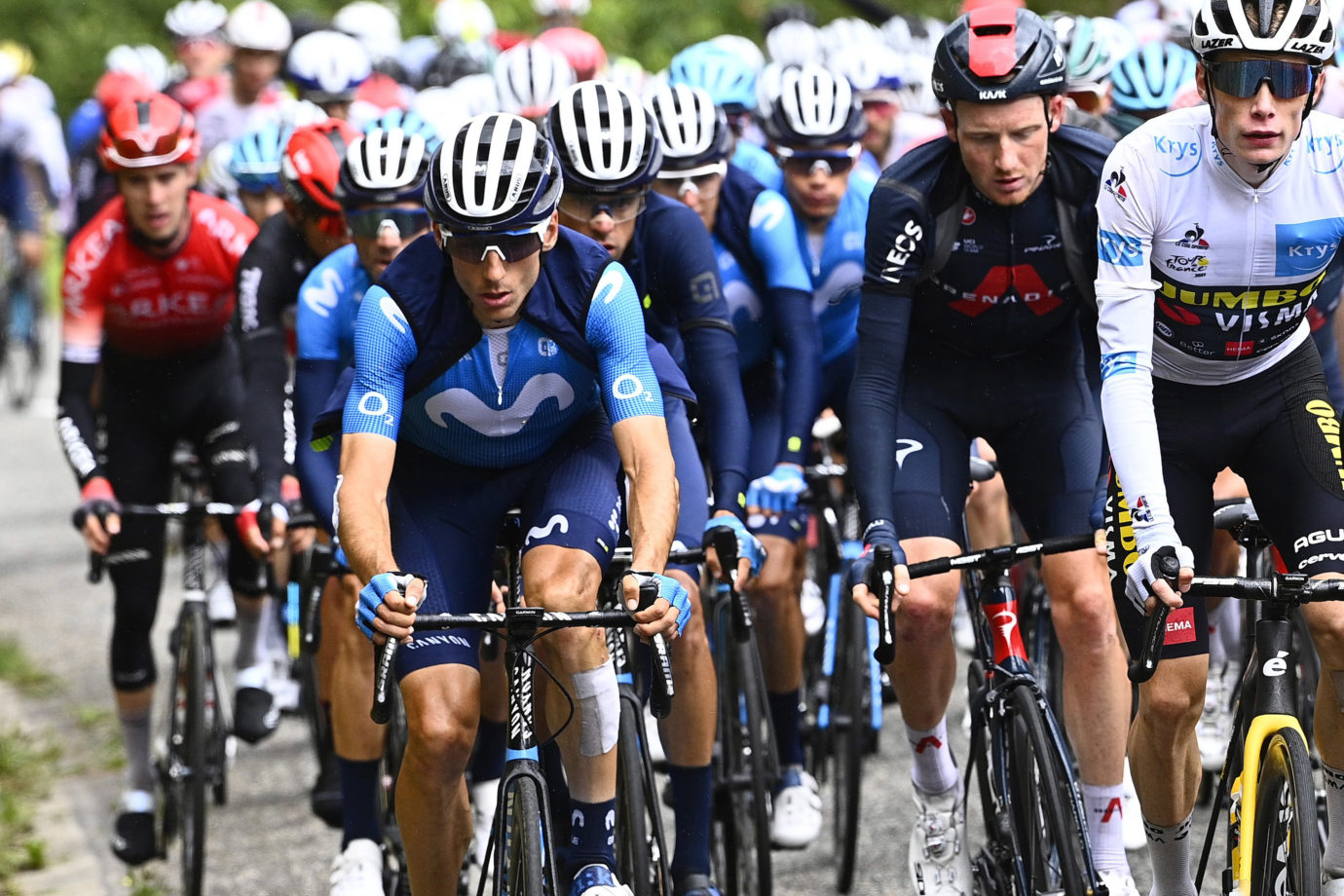 Under the rain and with temperatures quite lower than on Sunday’s opening Pyrenean stage, day 16 of the 2021 Tour de France -169km from Pas de la Casa, in Andorra, to Saint-Gaudens- was divided for the Movistar Team into two halves: 90km ‘on full steam’, fighting to make the main breakaway with two of its riders, and 80km of tense wait through to the finish line, where Enric Mas finished with the rest of the GC contenders.

Imanol Erviti and, more importantly, Miguel Ángel López fought during the first part of the stage -most insistently at the Col de Port (Cat-2)- to get themselves into what would be the decisive, 14-man group, with Konrad (BOH) taking the day’s honours. The Colombian was chased down, however, by the race leader, Tadej Pogacar (UAD), to the surprise of most people watching, which, combined with the flurry of attacks in the flatter section towards the second climb, the Col de la Core (Cat-1), prevented ‘Superman’ from joining a break for the first time in this year’s TDF.

With no changes in the GC, despite a split into the last Cat-4 climb which still kept all favourites together, Mas remains 8th overall, 7’11” from Pogacar and just under two minutes away from second place. The two decisive mountain stages -both mountain-top finishes- coming up could still change that outcome, as Wednesday will bring one of the most demanding series of ascents in this year’s race, with the Peyresourde (Cat-1), Val Louron (Cat-1) and the Col du Portet (HC).