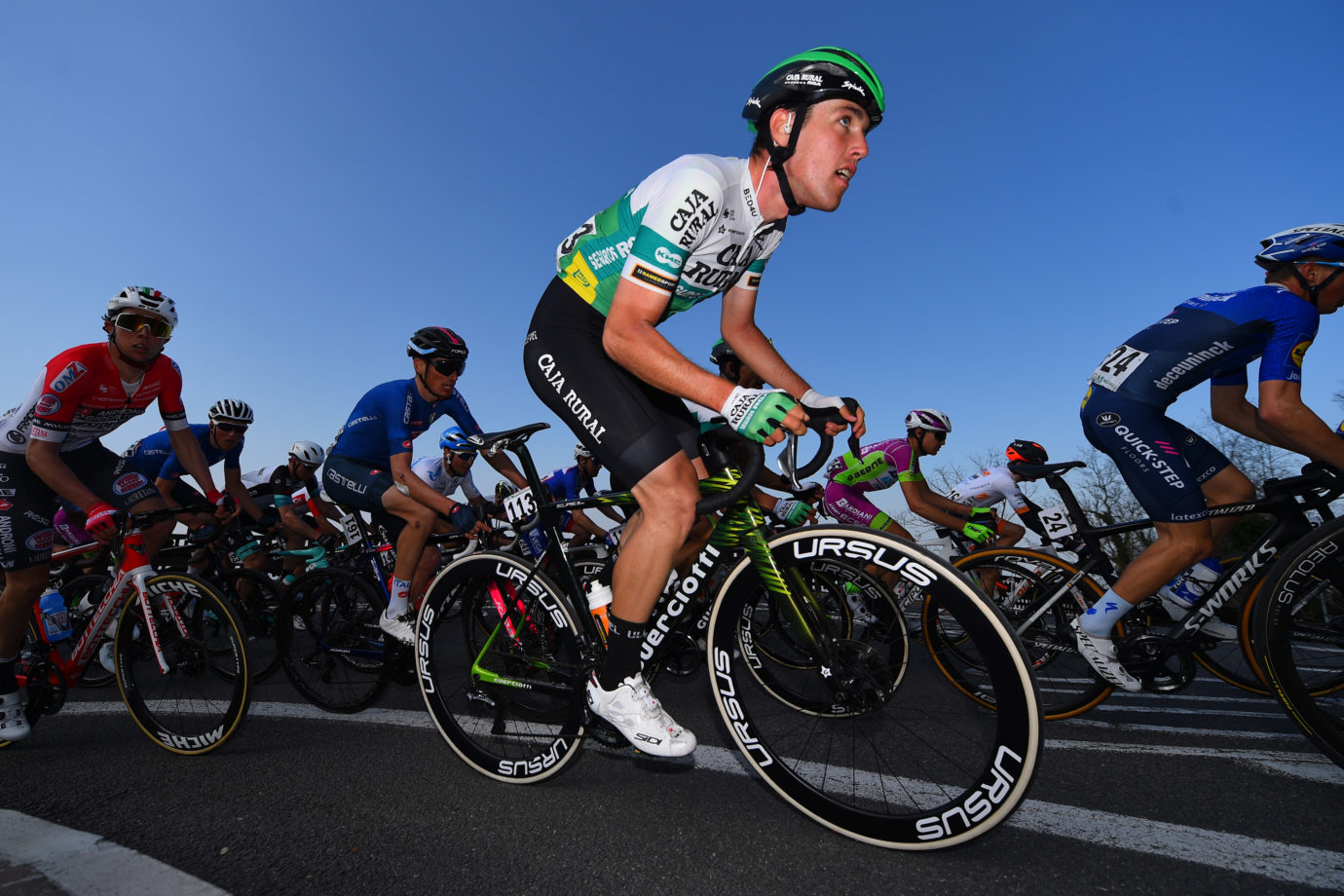 21-year-old Basque to jump into WorldTour with Telefónica-backed squad in 2022; inks three-year contract.

The Movistar Team announced Tuesday a fourth signing to their men’s team for the 2022 season: Oier Lazkano (Vitoria-Gasteiz; 1999), a current member of the Caja Rural – Seguros RGA squad. The Basque will thus join Óscar Rodríguez, Max Kanter and Alex Aranburu in the list of names already confirmed by the Telefónica-backed squad. Lazkano has signed a three-year contract, until 31st December 2024.

Lazkano’s signing secures the Eusebio Unzué-led squad the services of one of the biggest young powerhouses in Spanish cycling. An indomitable, tireless character, he’s spent most of his first two pro seasons into countless breakaways, showing courage and strength. He even got a first pro win in his neo season, 2020, with a brilliant success at a stage of the Volta a Portugal in Viseu.

This 2021 season, Oier has been a consistent feature in Caja Rural’s WorldTour lineups, enjoying appearances in the Itzulia, San Sebastián and La Vuelta -which he covered 19 stages at, only leaving on the final weekend with stomach problems-. Called up to the Spanish national teams for the UCI Nations Cup rounds in Poland and the Czech Republic, Lazkano also enjoyed a good level at the recent Tour of Luxembourg, notably featuring in the hilliest stages -10th on the final day-.

“It’s certainly what you could call a ‘home team’ – it always makes you incredible excited to defend such significant colours. I think that we should wait and see how far I can reach, only time will tell. However, I’m sure that I will continue growing as a rider in the upcoming years, and my goal is to be a big asset for the team and learn as much as possible from them. Everything I know from the riders and team staff make me feel they’re good people to learn from. I feel like working hard and doing things right will make this new task really easy and I can be a good rider in the future.”