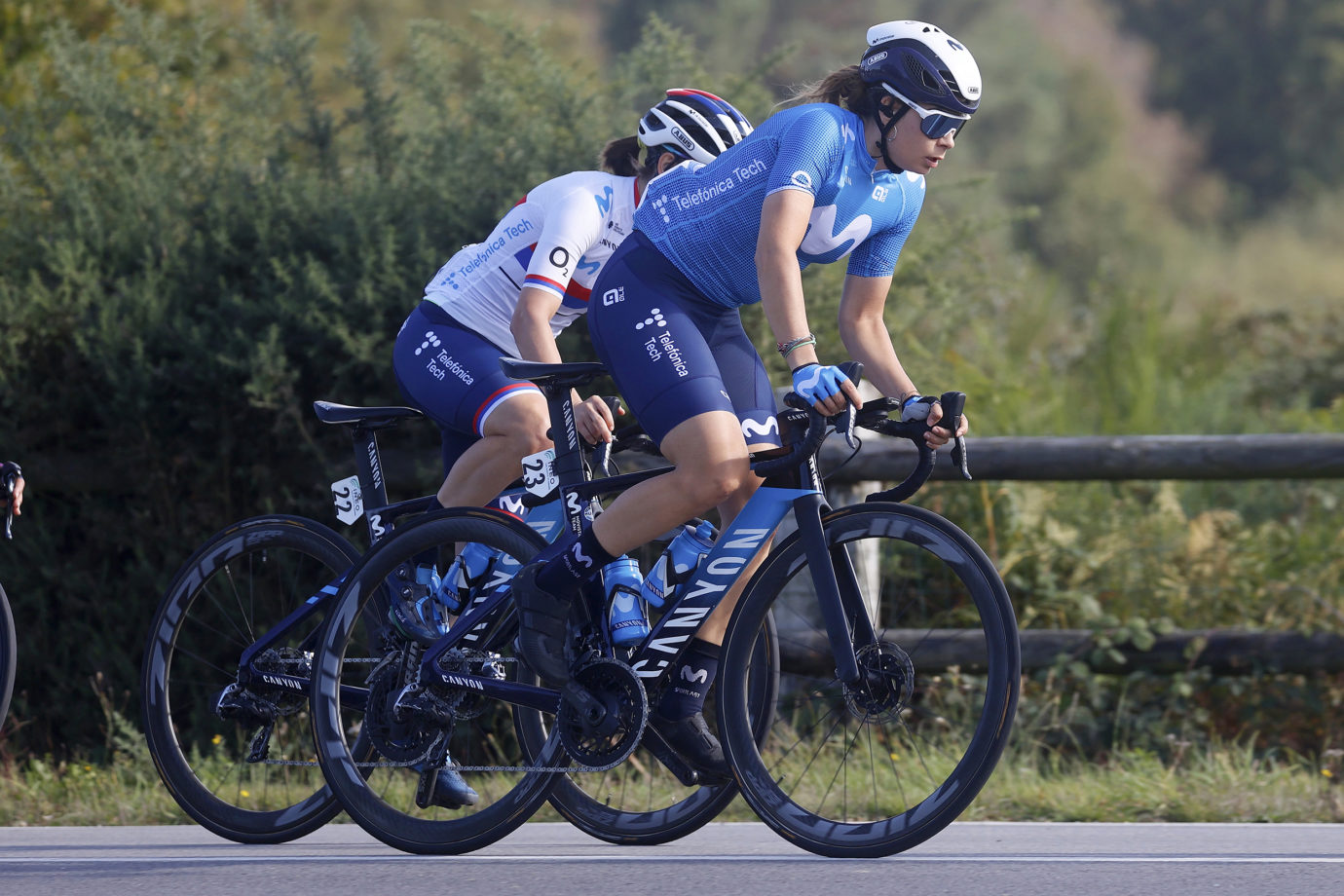 Spaniard down into final sprint in Brittany, will stay in hospital overnight to monitor her condition.

A tough incident at the end of La Classique Morbihan (UCI 1.1), the first of two races the women’s Movistar Team is competing at in Brittany, France this weekend, forced Sheyla Gutiérrez to abandon.

The Spaniard, who was contesting the sprint finish in Grand-Champ -behind winner Sofia Bertizzolo (LIV)- inside the peloton going for the top places, went down and hit her head, suffering a wound to her face. Sheyla was transerred ambulance to a medical center nearby, shere will have to stay to undergo checkups and monitor her condition. She remains otherwise in good spirits after the incident.

Gutiérrez will obviously not compete at Saturday’s GP Morbihan (UCI 1.1), the Blues now bringing a five-woman lineup with Patiño, Teruel, local Aude Biannic and Gloria Rodríguez + Jelena Erić, both on the attack into today’s final circuit.