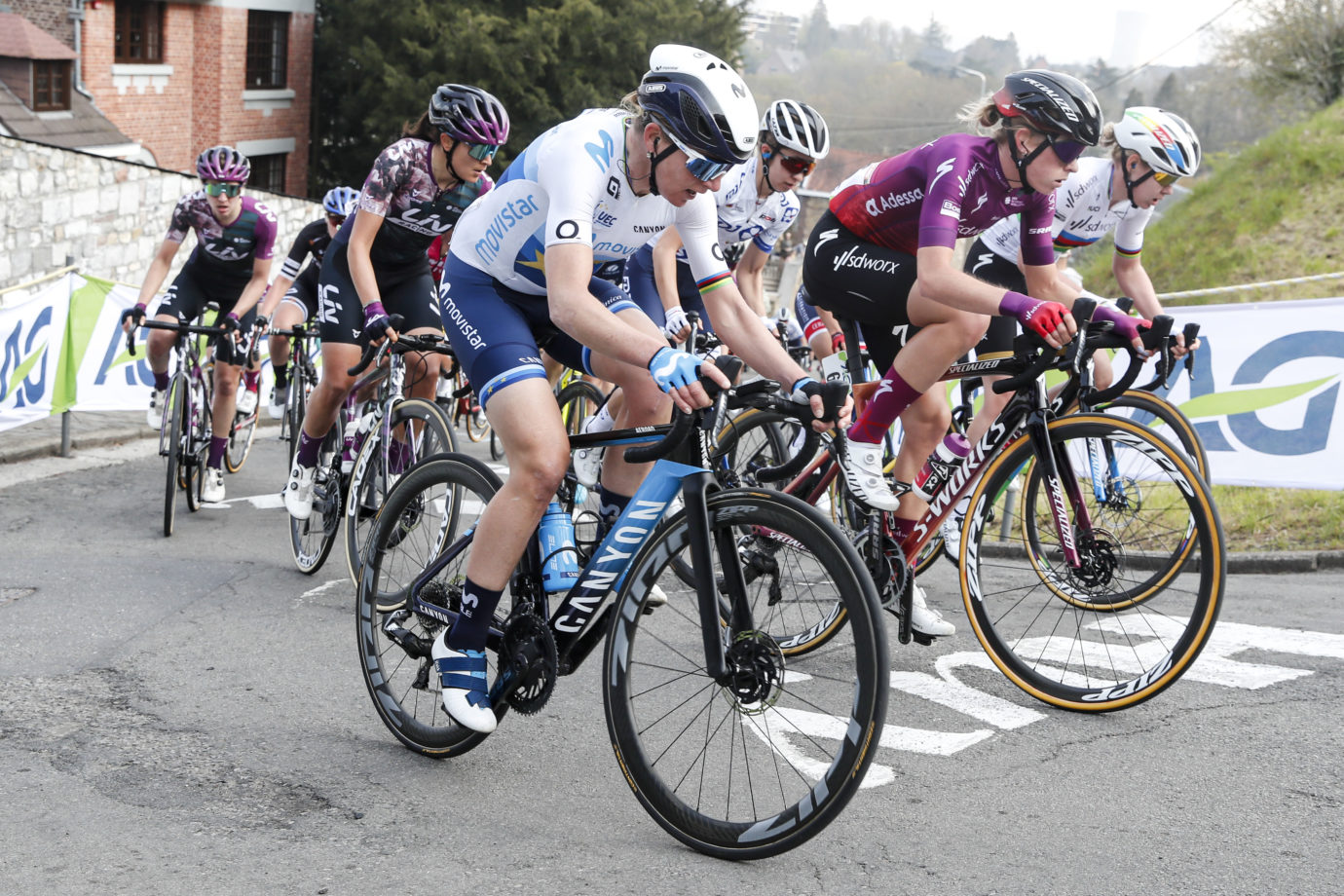 Movistar Team again near the front in the Ardennes

Having got herself to the podium (3rd) at a reduced field’s sprint in the Amstel Gold Race, Annemiek van Vleuten (Movistar Team) was close to repeating such a result (4th) at Wednesday’s Flèche Wallonne, first race of the Ardennes duo, over 130km with eight tough hills and 2x the legendary Mur de Huy.

The Dutchwoman was only overtaken by Elisa Longo Borghini (TFS) into the last few meters, as she seemed all but certain to take a podium, having already realized Anna van der Breggen (SDW, 1st) and Kasia Niewiadoma (CSR, 2nd) were not within reach of the European champion. Annemiek was, in any case, a protagonist of the race with her strong attack -preceded by a good ‘leadout’ from her team-mates, most notably Katrine Aalerud- at the Chemin des Gueuses, the penultimate climb of the day.

Van Vleuten’s move helped create further selection in the group, with barely ten riders contesting the win in Huy, and set it up in chasing position against Ruth Winder (TFS), who was brought back before the Mur. Annemiek is already looking forward to bouncing back from today’s result at Sunday’s Liège–Bastogne-Liège, more suited to her characteristics.

“I feel a bit stupid about that finish. At maybe 75, 50 meters from the finish, I looked behind, felt like the gap to Elisa was really big and she wasn’t going to make it up. It feels bad to have lost that third place and I’ll need some time to digest it. I should have just pushed a bit harder. At least it wasn’t for the victory, otherwise I would probably be crying at this moment, but I still feed bad about it.”

“I do think we made the race with that effort in the finale, following our pre-race plan, which was leaving riders like Marianne Vos behind. She’s one who, if the race doesn’t go as hard as you need and you don’t do anything, she will stay into the group and go for the win in the finish. We made the group smaller and made more girls to work to chase Winder down, so my chances at the Mur increased.

“Liège-Bastogne-Liège is, from the two races this week, the one that suits me best. I was happy that I had a little bit better legs than in Amstel Gold Race, I showed that I’m in good form, and also the girls helped me well during the race, especially that approach to the penultimate climb. We must continue growing, working together as a team, and we’ll have another strong chance on Sunday.”