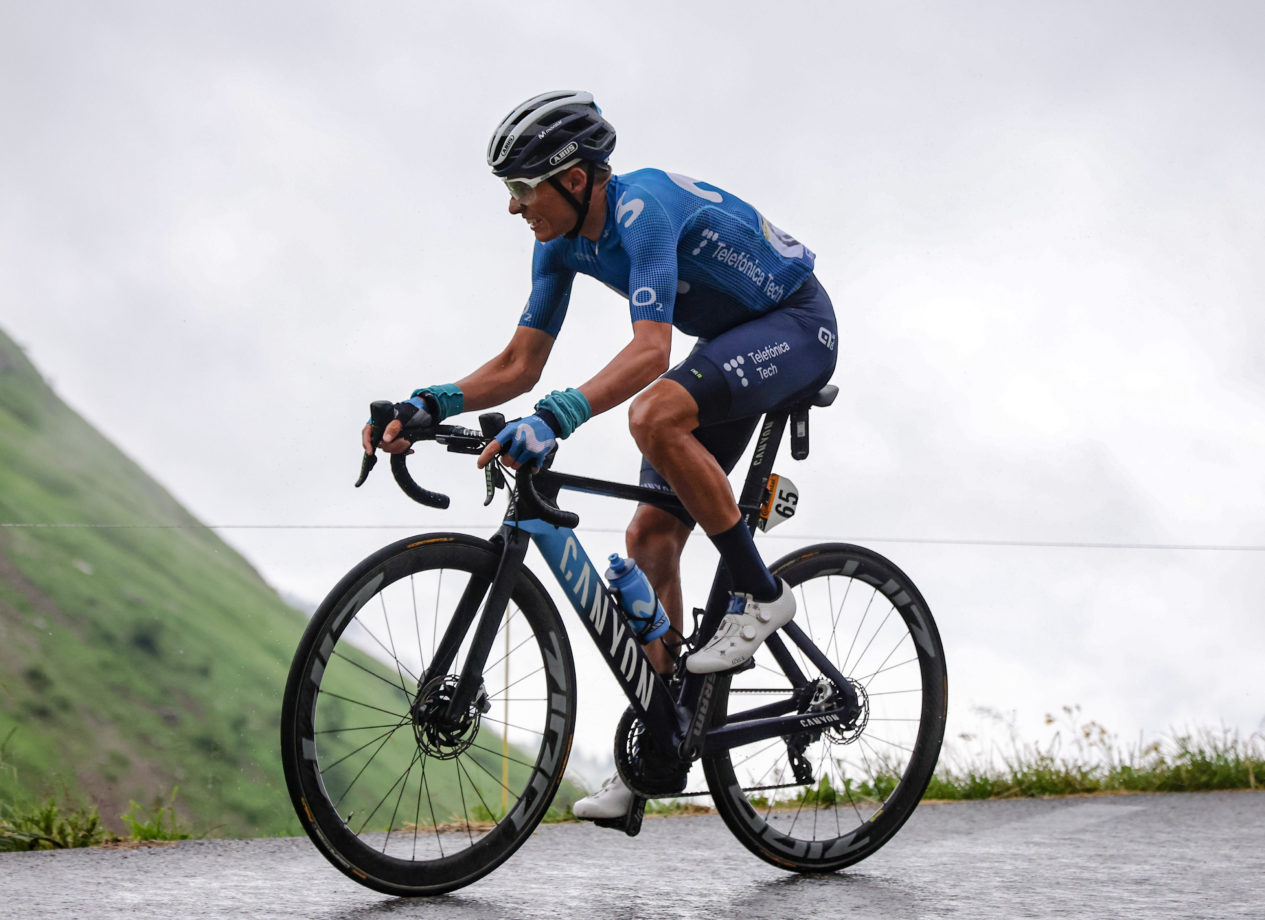 Spaniard from Movistar Team at ‘humans’ group’ behind otherworldly Pogacar (UAD), new leader as he put more than 3′ on all other GC candidates with legendary exhibition at Romme / Colombière.

Enric Mas (Movistar Team) got himself through a really difficult day, the first big mountain stage in the 2021 Tour, alongside most of the big favourites behind an absolutely sensational exhibition from Tadej Pogacar (UAD), who destroyed his opposition on the big cols near the end -Romme (Cat-1) and Colombière (Cat-1 + Bonus)- with a long-range move to put more than 3′ on all of them at the finish in Le Grand-Bornand.

The Telefónica-backed squad had to face a number of setbacks during Saturday’s effort. We can start with Carlos Verona’s suffering, his blows and bruises due to yesterday’s crash greatly affecting him. A mechanical from Miguel Ángel López early into the stage, right as the breakaway was forming –a group not sticking until 75km in-. And once into the move containing day’s winner Teuns (TBV), the cold feeling due to the rain ruined Alejandro Valverde‘s chances, the former World Champion having to stop to put on new clothes.

Against those circumstances, with a strong solo effort, Mas got through the day with intelligence, staying with the main contenders and even leading the final descent before his group eventually caught Carapaz (IGD), the last rider to follow Pogacar’s moves.

Mas, now 8th overall, sits into a group of seven riders -Lutsenko (APT), Urán (EFN), Vingegaard (TJV), Carapaz, Kelderman (BOH) and Gaudu (GFC), as well as the Spaniard-, now just over a minute apart and all behind Wout Van Aert (TJV, 2nd), which should be contesting the podium places.