Blues left out of elusive break before decisive ITT 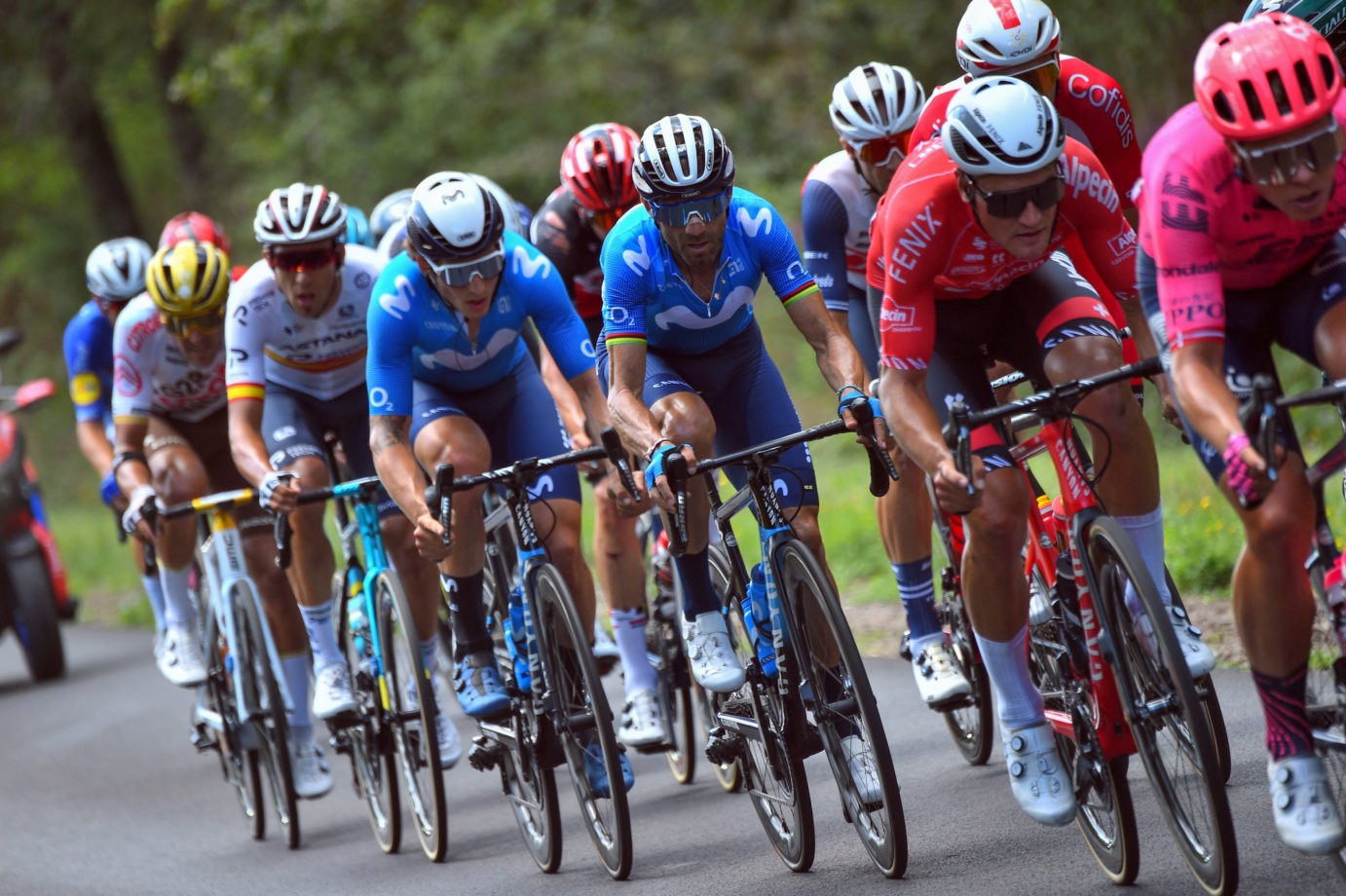 Valverde, Cortina, Arcas join the move seeking for the winning break in Libourne, end up left behind at the decisive moment. Enric Mas remains 6th overall despite early, minor crash.

A situation which promised to give the Blues some good dividends, yet ended up ruined at a key moment of the day. The Movistar Team did not have on Friday the luck required to chase victories at big races like the Tour de France, left out, bu a handful of meters, from a group ultimately contesting the win on stage 19 from Mourenx to Libourne (207km), which came to the hands of Slovenian champion Matej Mohoric (TBV).

As an initial, six-man break led the way under strict control from the sprinters’ teams, a split in the peloton 75km into the stage left Alejandro Valverde, Iván García Cortina and Jorge Arcas into launchpad position, all three inside a counter-attack of twenty riders. However, a further acceleration inside the group broke it into two, with all three Blues out just as the peloton started to lose strength in their chase behind the escapees.

In the end, the 20 escapees reached the finish with a big margin over a peloton where Enric Mas, who sustained a minor crash (together with Arcas) at 40km into the stage, did not have any problems to retain his 6th spot overall. His final result will be decisive at Saturday’s TT showdown, over a 31km course, flatter than in the first time trial, just outside Bordeaux, from Libourne to Saint-Émilion.