ROAD CAPTAIN. A 16-year professional cyclist, all of them as part of the Abarca Sports organisation, he’s respected by everyone as the master and commander inside the Telefónica ‘ship’. Known as one of the best domestiques in the world, having him on a Grand Tour roster is a huge boost for any lineup. He’s been into the roster of 25 three-week events: 11 Tours de France, 13 Vueltas a España and one Giro d’Italia. His work at them has always been impressive, even if it’s often overlooked on television compared to a leader’s. However, Imanol Erviti’s efforts at the front of the peloton have been the foundation for some of the most brilliant victories for the team in the past decade.

HISTORY OF CLASSICS. Erviti’s 2016 season marked a high point in the history of Spain’s cobbled classics performances, as he became the first-ever rider from his country to claim top-10 finishes in the Ronde van Vlaanderen (7th) and Paris-Roubaix (9th) on the same season. His appearances in cycling’s Monument classics have been regular over the years: 14 times in De Ronde and Roubaix; eight in Liège-Bastogne-Liège; and five in Milano-Sanremo and Il Lombardia. He’s also been called up for seven World Championships, an European Championship (2017) and the 2016 Rio Olympic Games.

LA VUELTA. His two biggest individual wins have both happened at the Vuelta a España. He first won a stage in Las Rozas, in 2008, leading a twenty-man breakaway to a restricted sprint in the outskirts of Madrid, then got another success two years later in Villanova i la Geltrú, this time with a solo action. In 2017, Erviti put an end to a streak of then consecutive appearances (2007-2016) in the Vuelta, the last eight of them combined with Tour de France appearances.

His relationship with the team comes from well far away. He was born in Irurzun, the Navarran village where the team was established in the mid 1970s and also the venue for the headquarters of INASA, the factory of aluminum responsible for everything under the Reynolds brand. At INASA worked one of his uncles, who gifted him one of the first ever bikes put on sale by the team (in 1981), which he used for four years before joining the under-17 category.

He’s got only one DNF out of 25 Grand Tour appearances. And it was a forced one, due to the frightening crash with took half the peloton down near Metz during stage six of the 2012 Tour de France. He sustained a deep cut to his right leg which required surgery that very evening at a French hospital, where he had to remain admitted for two more days.

Husband of Maialen and father of two kids, called Aimar and June, Erviti was the last Movistar Team rider to make his debut in 2020. A rare incident, an inflammation in his perineum as a result of an impact while training in January, forced him to stay away from the bike for weeks, trying diverse therapies, before recovering – just in time to get back home at the worst part of the pandemic. He only put a backnumber on at the Vuelta a Burgos in late July. 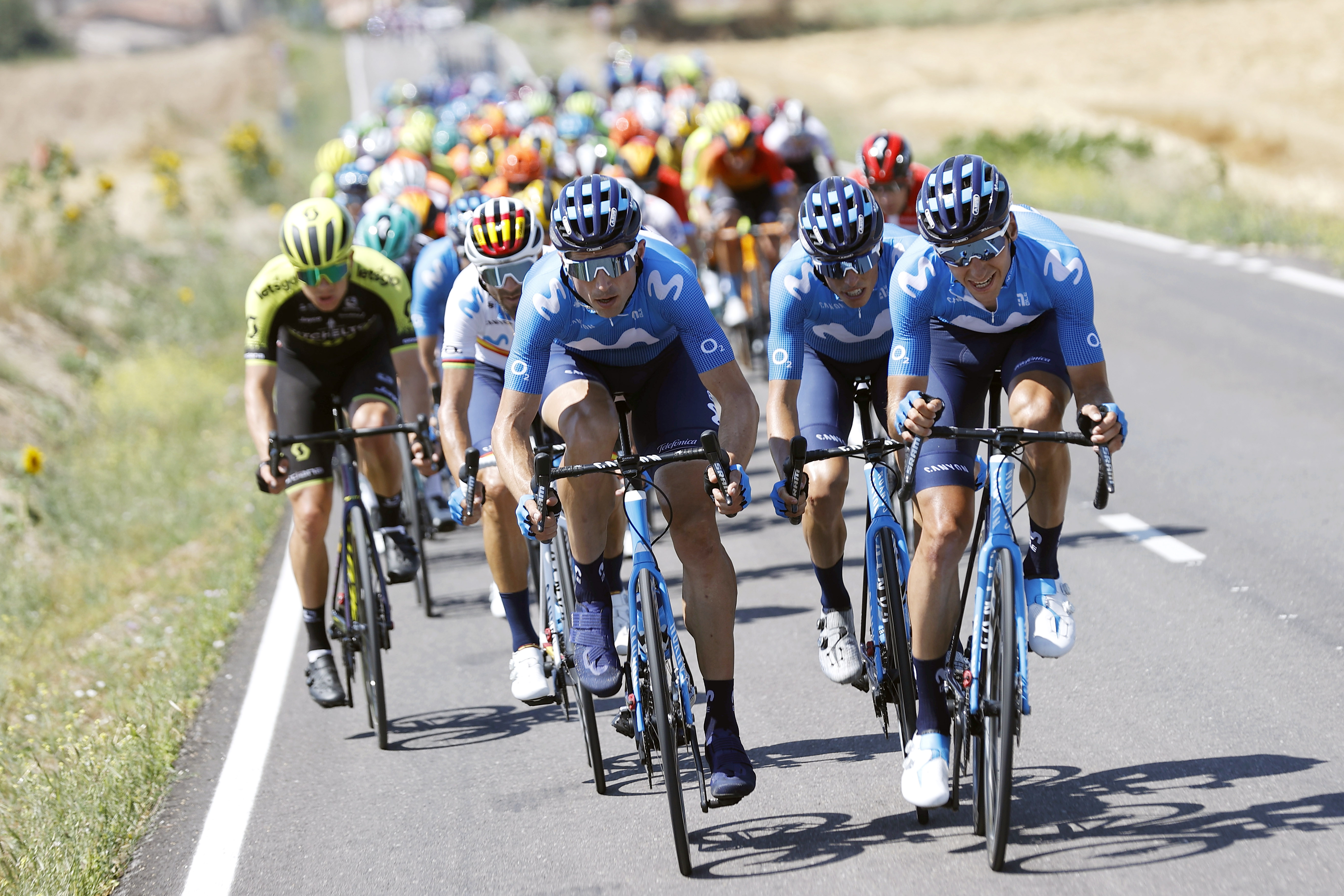 Supporting Valverde and Mas during the 2020 season.