BRILLIANT – DESPITE THE CIRCUMSTANCES. Even though his 2020 schedule suffered last-minute changes due to the fear of an even more reduced season -he was set to ride the Giro with GC ambitions-, Marc Soler showed again why he’s one of Spain’s finest. He was in charge of the only two Movistar Team wins last season, in Mallorca and, more importantly, in La Vuelta, where he spent the whole race on the move and found an early prize in Lekunberri. Before that, he had fought hard in the breakaways against the world’s best in the Tour, showing himself as one able to go for such coveted victories.

ALWAYS FORWARD. Winner of the 2015 Tour de l’Avenir with 21 years of age, already in his first season as Movistar Team member, he’s since become arguably Spain’s biggest hopeful for tours big and small. Always drawing comparisons to Miguel Indurain due to his physical appearance and long-range, winning attacks as an amateur, his evolution has been visible since that Avenir success. A year later, in his second pro season, he won the Queen stage of the Route du Sud and took 2nd overall. In 2017, he finished on the podium in Catalunya and took a top-ten finish in the Tour de Suisse. In 2018, he claimed his biggest win to date, Paris-Nice, with an attack more than 50km from the finish on the final day of racing. And in the last three years, he’s shown details of his impressive quality at both the Tour and the Vuelta.

THE BEST IS YET TO COME. The best definition about his endless talent came from a legendary team-mate, no less than former World Champion Alejandro Valverde: “Soler is going to win whatever he wants to.” A great climber and a more-than-decent time trialist, his ability to recover extremely well from long efforts still gives hopes of talent for the GTs.

He discovered bike racing -both road and mountain- with 13 years old, but for the next four seasons he combined cycling with football, his other big passion -he’s an avid FC Barcelona fan–, a sport he had taken up before as a goalkeeper. At age 17, he took a decision to focus on the bike. 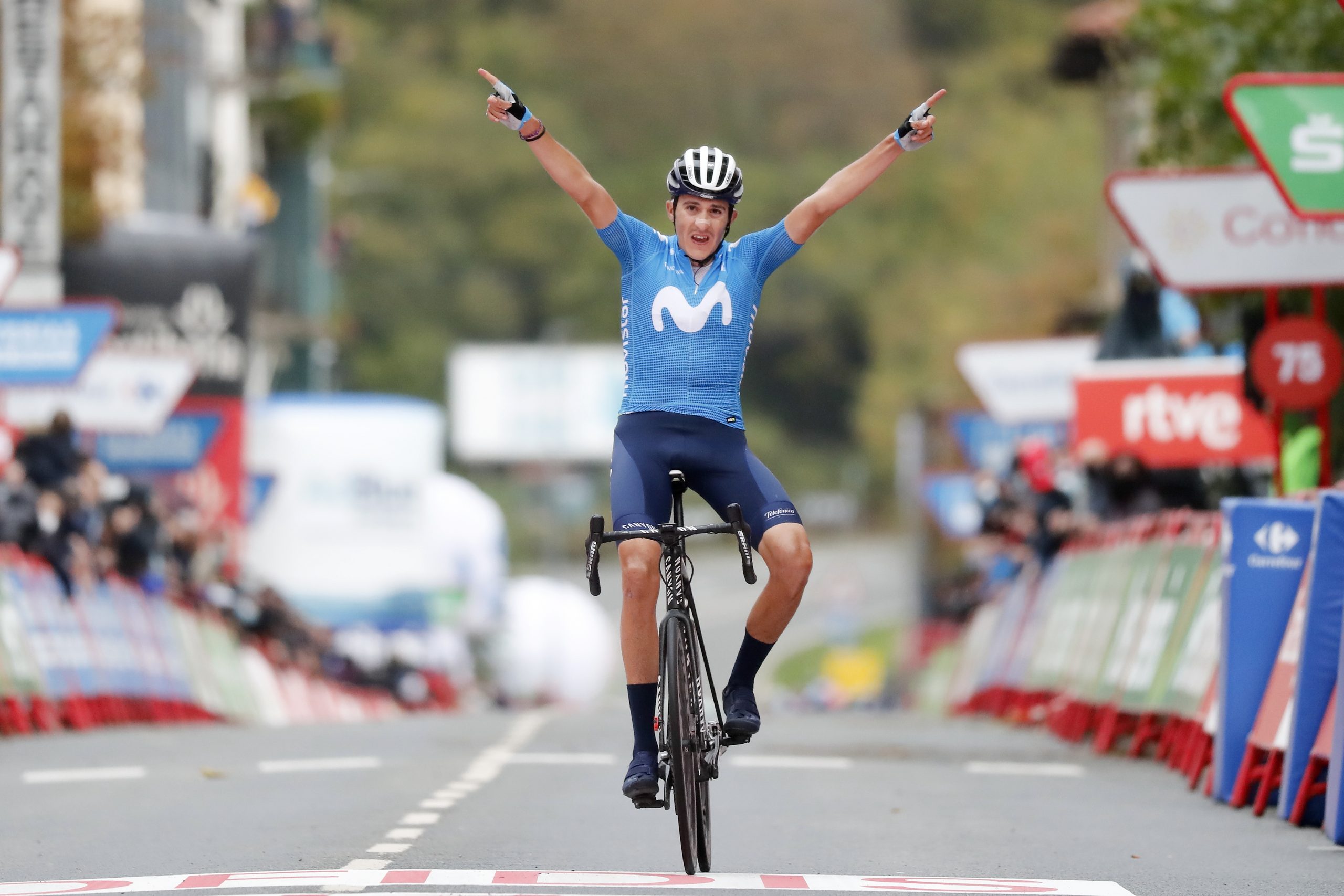 With Contador and Valverde on the 2017 Volta podium.