UN 2020 MUY COMPLICADO. In a year of necessary, profound changes for the Movistar Team, Briton Gabriel Cullaigh was expected to cover for the Blues a much needed role as a sprinter, mostly at tough finishes or difficult conditions. However, an infection, herpes zoster / shingles, sidelined him just over a month after the restart of the season. ‘Gabz’ only enjoyed three days of racing after the worst part of the pandemic – 2021 should be way better for him.

TOP SPEED FOR THE BLUES. A part of the necessary, profound transformation of the Movistar Team’s roster in 2020, Briton Gabriel Cullaigh will cover a fundamental role: adding his potential for sprint finishes to the young Telefónica-backed squad’s project, especially those at the end of demanding races. Despite his impressive physical constitution, which could well be understood as a difficulty when tackling tougher mountains, ‘Gabz’ tends to do well at difficult finishes, with some hills before the end, bad weather or uphill terrain before the line. Those have been the conditions for some of his best results before stepping onto the WorldTour.

STEP BY STEP. Raised in the successful Olympic and development programs of British Cycling, Cullaigh has been taking part in professional events since 2015, getting used to the pace of top-tier racing and achieving some good results before joining the Movistar Team. His palmarès includes three stages of the Volta ao Alentejo (2018, 2019), the demanding Rutland – Melton Classic (2018), with its unpaved roads, as well as appearances in the U23 Worlds and elite European Championships / Games with the British national team.

ON THE LAPS OF ‘WIGGO’. His move towards the WorldTour comes right at the end of existence of the five-year Team Wiggins project, another great development squad in Britain supported by the 2012 Tour de France winner, which also featured the likes of Tom Pidcock, James Knox or Owain Doull. A team always focused on nurturing young talent, which now has half a dozen riders in the top category of racing, some of them with brilliant results.

As many other British riders, Gabriel was supported in his pro debut by the Dave Rayner Fund, a program founded by the name of the late pro cyclist from the ’90, devoted to helping British talents make a name for themselves in continental Europe. Tao Geoghegan Hart, Dan Martin and Hannah Barnes are the most illustrious active cyclists formerly helped out by the fund, other than former pros David Millar and Charly Wegelius.

As well as cycling, Cullaigh also did well at cricket as a young man, combining both sports until his junior stage, when he decided to focus on bike racing. 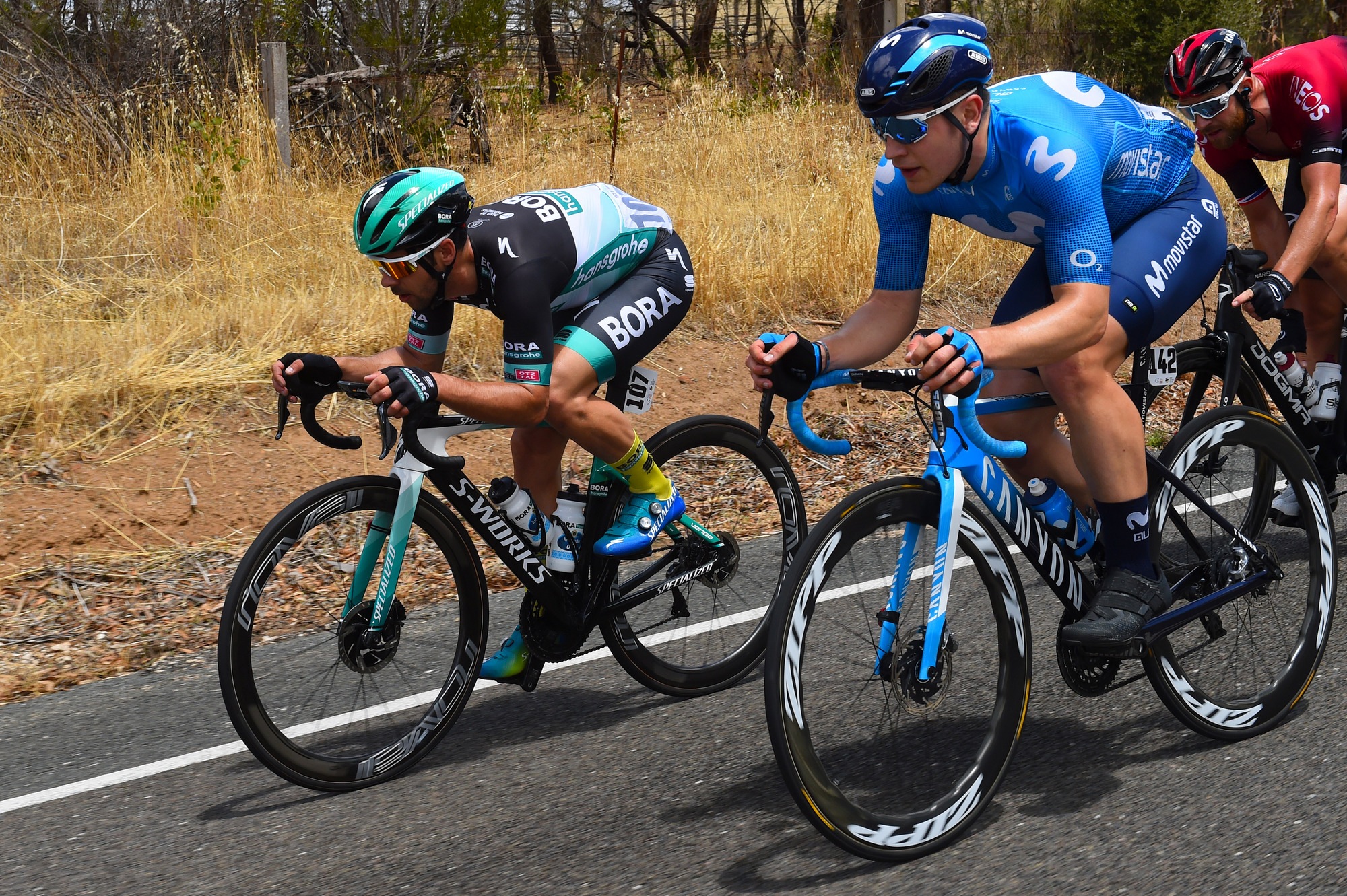 Alongside Tadej Pogacar at Milano-Sanremo.

Leading the Volta ao Alentejo in 2019.