ONE OF THE BEST ‘COÉQUIPIERS’ IN THE WORLD. Character and sacrifice spirit are the best sporting values of this Spaniard born in Cieza, Murcia, always present at the best stageraces of the season and a crucial added value in every lineup. Neither a frightening crash on stage 20 of the 2016 Vuelta a España, which caused him an open tibia and fibula fracture in his left leg, kept him from getting back on his bike barely two months after and again becoming a huge asset to the team goals.

DOUBLE NATIONAL CHAMPION. His winning palmarès – quite shorter that he deserves considering the long list of good finishes without a victory he holds as a pro – sees two lines shining more brightly than the rest: his victories in the Spanish road race championships, both on Valencian soil. The first one came in Castellón de la Plana in 2011, with an unforgettable performance over the Alto del Desierto de las Palmas, where José Joaquín was the only one able to stick to Alberto Contador’s wheel, whom he later bested into a two-up sprint. The second title arrived in Cocentaina in 2016, which a solo attack into the final lap after making it into the right break. Rojas has also ridden the World Championships of Copenhague, Bergen and Yorkshire with the Spanish national team, as well as the London Olympics.

WINNER TURNED DOMESTIQUE. Rojas’s metamorphosis over his long professional career – 15 years in the WorldTour, 14 within Unzué’s ranks – has been remarkable. He was one with the power to win – he’s got stages in the Volta a Catalunya, the Tour of Qatar, the Vuelta al País Vasco – and contested the sprints of the Grand Tours, as proven by his second-place finish in the Points classification of the 2011 Tour de France, wearing the green jersey for four days. Yet, he chose to be a luxury domestique for Quintana and Valverde into three-week events, and fulfilled that task brilliantly. He has 17 Grand Tour apperances, with eight consecutive Tours de France, three Giros d’Italia and five Vueltas.

His older brother Mariano was considered by many to be the biggest prospect of Spanish cycling in the 1990s. A traffic accident while heading for the Spanish national championship in Sabiñánigo, in June 1996, ended his life at just 23 years old. José Joaquín took his relay and he remembers Mariano in every victory he gets, pointing his arm to heaven.

In late 2017, and once the season following his brutal 2016 injury was over, ‘Rojillas’ -his nickname inside the team and his Twitter handle- went again to the operating room. He had an intramedullary rod removed from his leg, which was fixing his tibia after the Vuelta crash and caused him lots of pain during the whole season. The length of the rod was nothing less than spectacular: more than 40 centimeters! 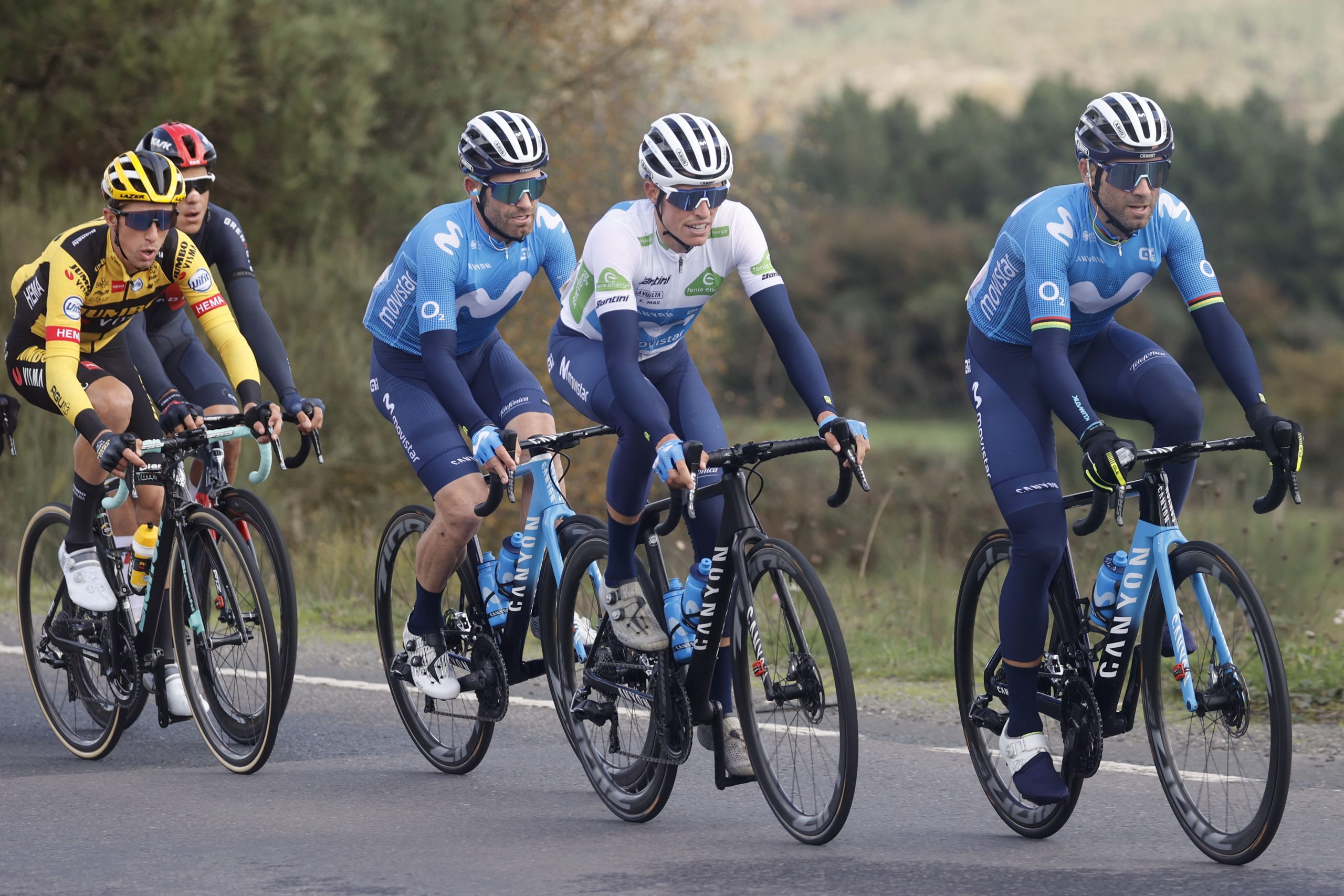 Alongside Mas and Valverde at the 2020 La Vuelta.

Ahead of Contador in the 2011 Spanish champ.