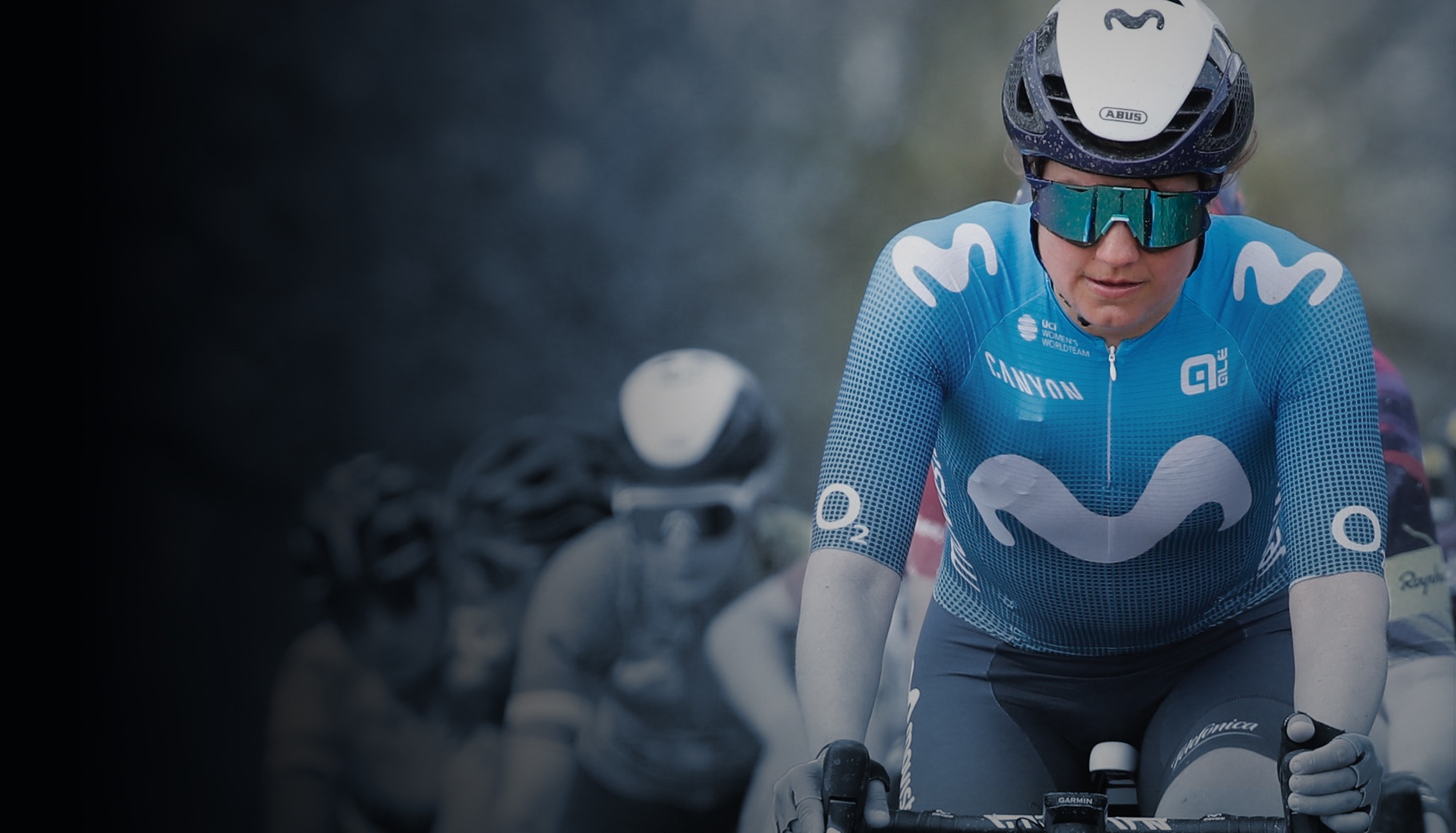 LOCOMOTIVE. American Leah Thomas became in November 2020 the last big addition to the strongest women’s Movistar Team roster ever. A sensational time trialist -5th and 7th in the 2018 / 2019 World ITT Championships- and an allrounder like no other in the whole international peloton, she always comes up with a fine performance, no matter what you throw at her. She shone brightly in 2020 with a fantastic 3rd place at Strade Bianche and a stage win in the mountain showdown of the Setmana Valenciana. Yet, she’s always one who is ready to work for her team-mates when it’s needed. She dreams of making the US Olympic team, and will enjoy at the Telefónica-backed squad all support she needs to keep growing in the sport -only eight years of bike racing experience-.

LEARNING FROM EVERY CIRCUMSTANCE. She enjoyed gymnastics for most of her childhood -she admits she learned how important hard work is in sport in those years-, before she ran out of motivation when she was 17 and took the hard choice to completely change the course of her life. She travelled from her home California and Chicago’s Northwestern University to Mexico, where she studied abroad for a year and developed an ability to adapt to all circmstancies that has really helped her at bike racing. Following a couple of years at endurance athletics -which caused her a severe plantar fasciitis-, Leah eventually took up cycling in 2013, while working as a teacher for elementary school students at the Navajo Reservation in Arizona. She won her first race, got back to California months later and started what is now a hugely successful career.

LOTS TO OFFER. 2021 is only the third full season of European racing at a squad in the continent for Thomas, who divides her time between the Bay Area and her Euro residence in Girona. Despite the experience not coming short of troubles -she was left without a team only two months before the end of 2020, which led to her signing for the Movistar Team-, her results have been really positive. Stagerace GC wins in Scotland (2019) and Czech Republic (2018); TT wins at the Chono des Nations (2019) or Bethény / Chrono Champenois (2018), plenty of good performances in the most prestigious races – and above all, the feeling that she’s really progressed from both technical and strategical standpoints in a short span of time. Her signing is a gift for this team.

Despite her top-level victories, the moment of racing she’s enjoyed the most as a rider was her second place on stage nine of the 2019 Giro Rosa. “My teammate, Lizzy Banks, had gotten a gap from the break (we both were at) and I did everything I could to defend her lead and help ensure her win. Coming across the line in second and getting to stand on the podium with her is a memory I will cherish forever. That day was evidence of what teamwork can do.” 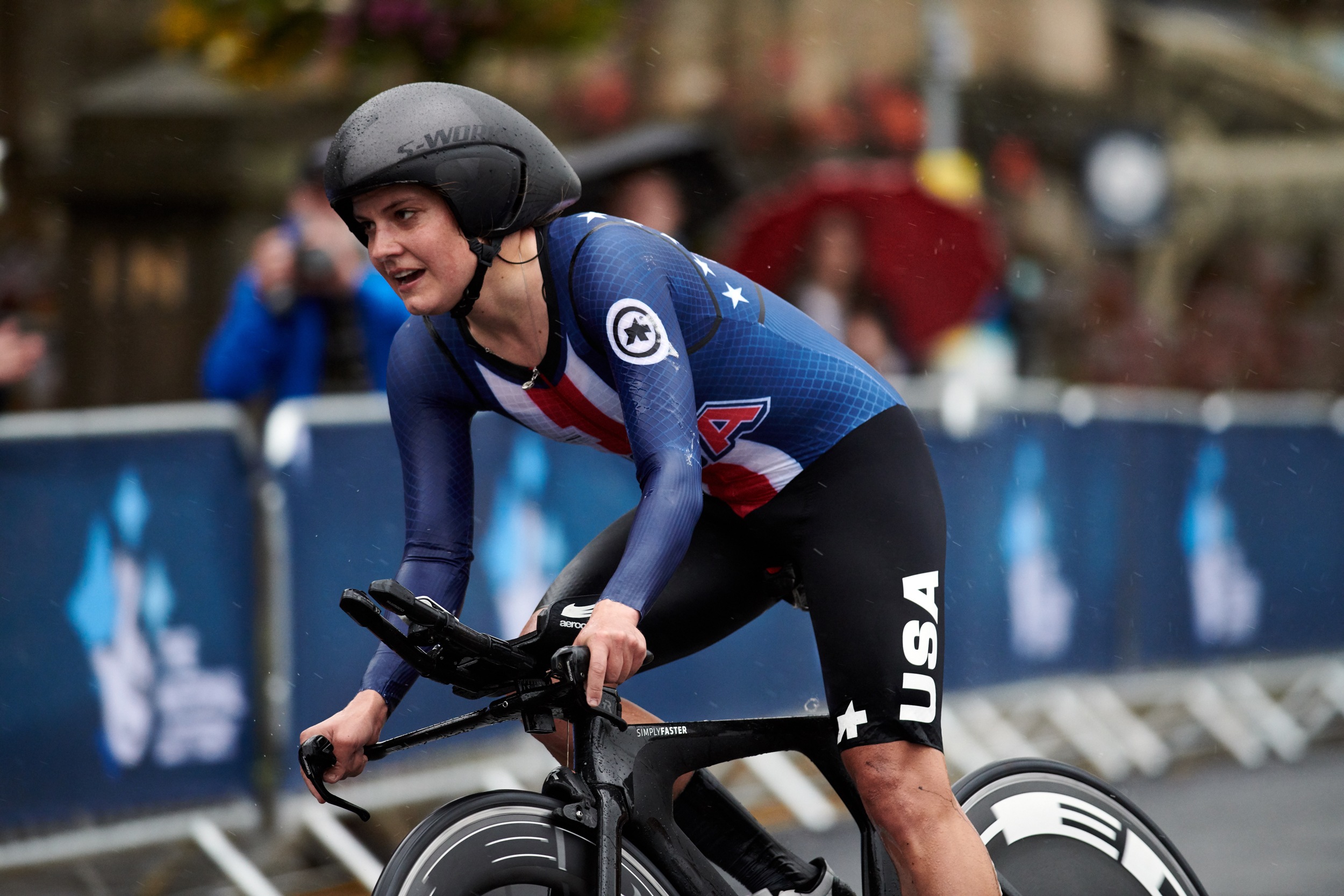 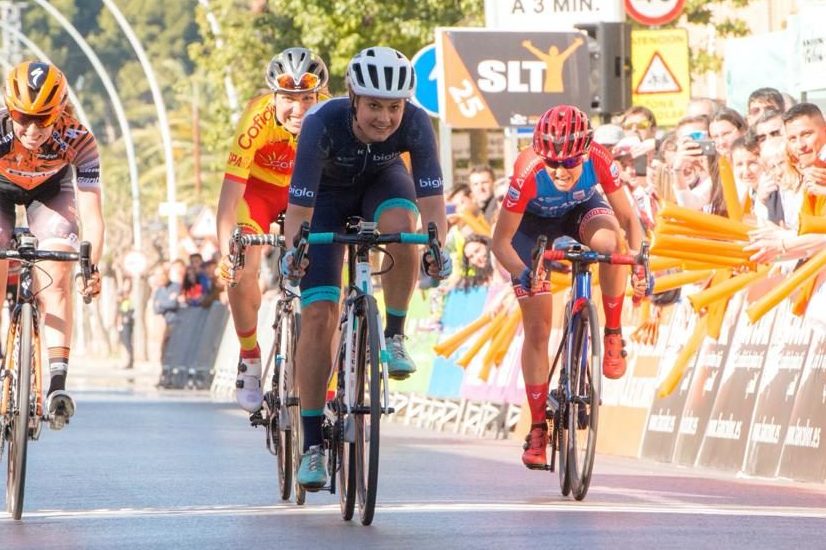 Winning at the Setmana Valenciana. 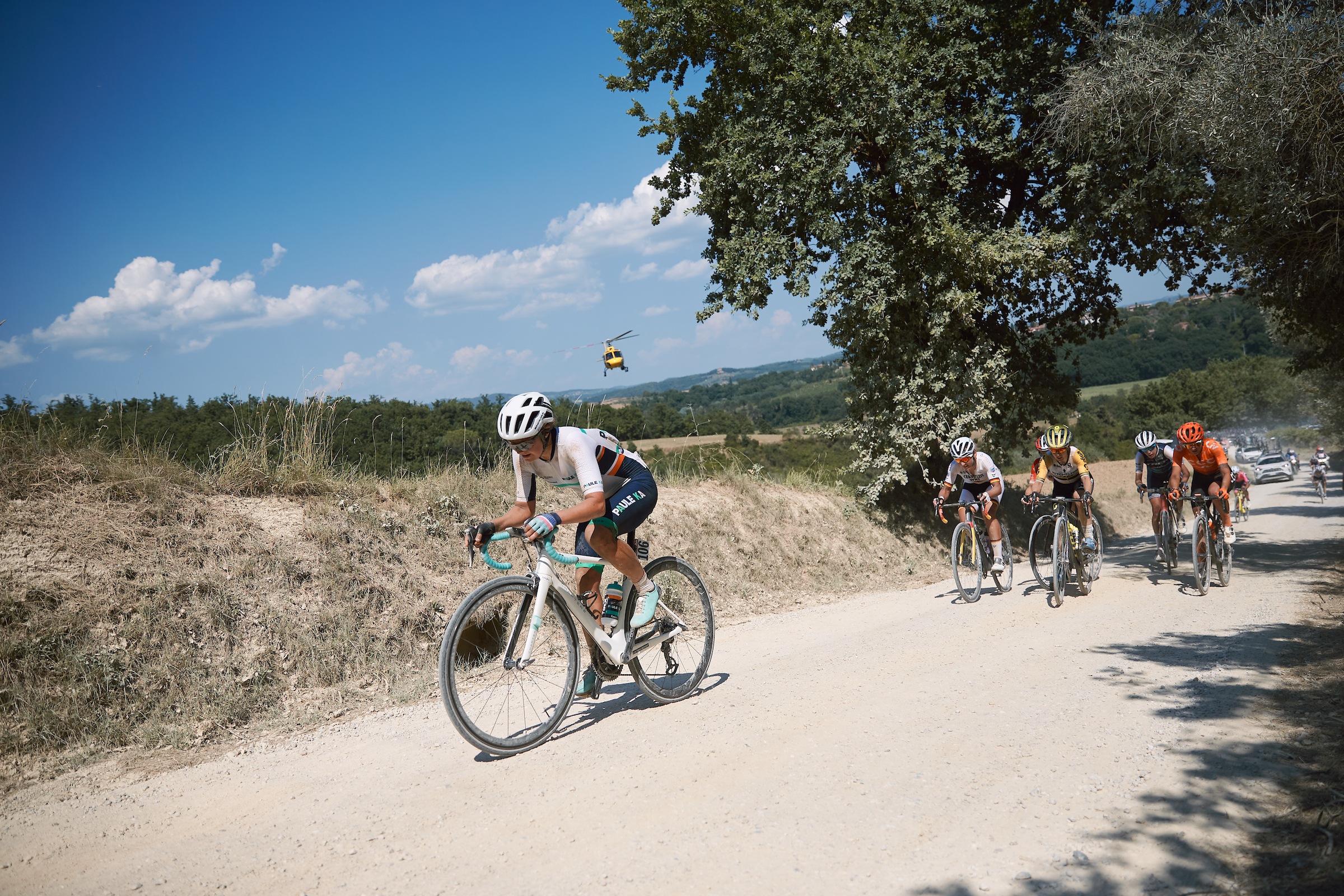 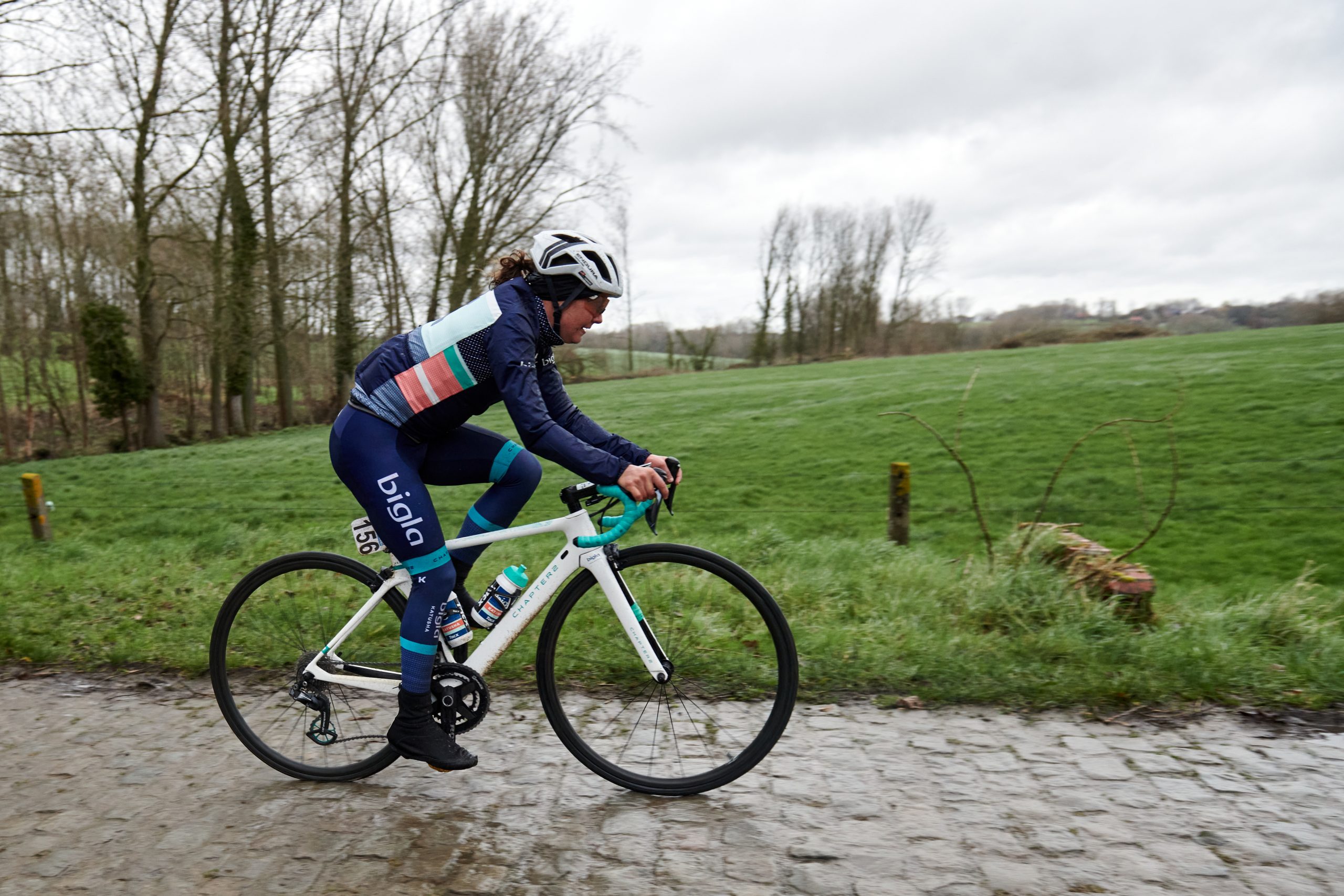 Over the Flemish cobblestones.