TEAM SPIRIT. Only a Grand Tour appearance was missing in 2020, following a great WorldTour debut the year before, for the likeable Lluís Mas, always an example of commitment and consistency, as well as excellent behavious towards team-mates and rivals. The Balearic rider was one of those hit most by the consequences of the long pandemic stop, with less opportunities to shine as he did in 2019.

SAFEGUARD AND SACRIFICE. Mas excels at protecting the team’s main leaders at the toughest days of wind, bad weather and high speeds, also adding strength to the TTT lineups that often play a crucial factor in Grand Tour success. Not to forget about ITTs: he’s actually one of the best Spanish specialists, 4th in the 2019 National Champs. A real powerhouse, a very courageous rider with amazing physical skills, his commitment will surely help the Blues at stages flat or even mountainous, as shown last year.

SEASONED AND CONSISTENT. Aged 31, he’s got already twelve years of professional experience under his belt, between Burgos (5 years), Caja Rural (another five) and the Movistar Team. Called up for the 2015 and 2017 World road race Championships, as well as 7th-placed in his first ITT Worlds appearance (Copenhagen, 2011, under-23), Mas has one UCI stage victory to his name in the 2015 Tour of Turkey, where he derailed the trains leading up to a sprint finish in Istanbul with a powerful attack, which saw him outclassing the likes of Mark Cavendish and Alessandro Petacchi.

He’s taken up two beautiful projects in the last few months: the Escola de Ciclisme Lluís Mas and his own mobile app.

Mas pours his heart out for his two sons, aged 1 and 6. His family and animals are his way of chilling out in between races. 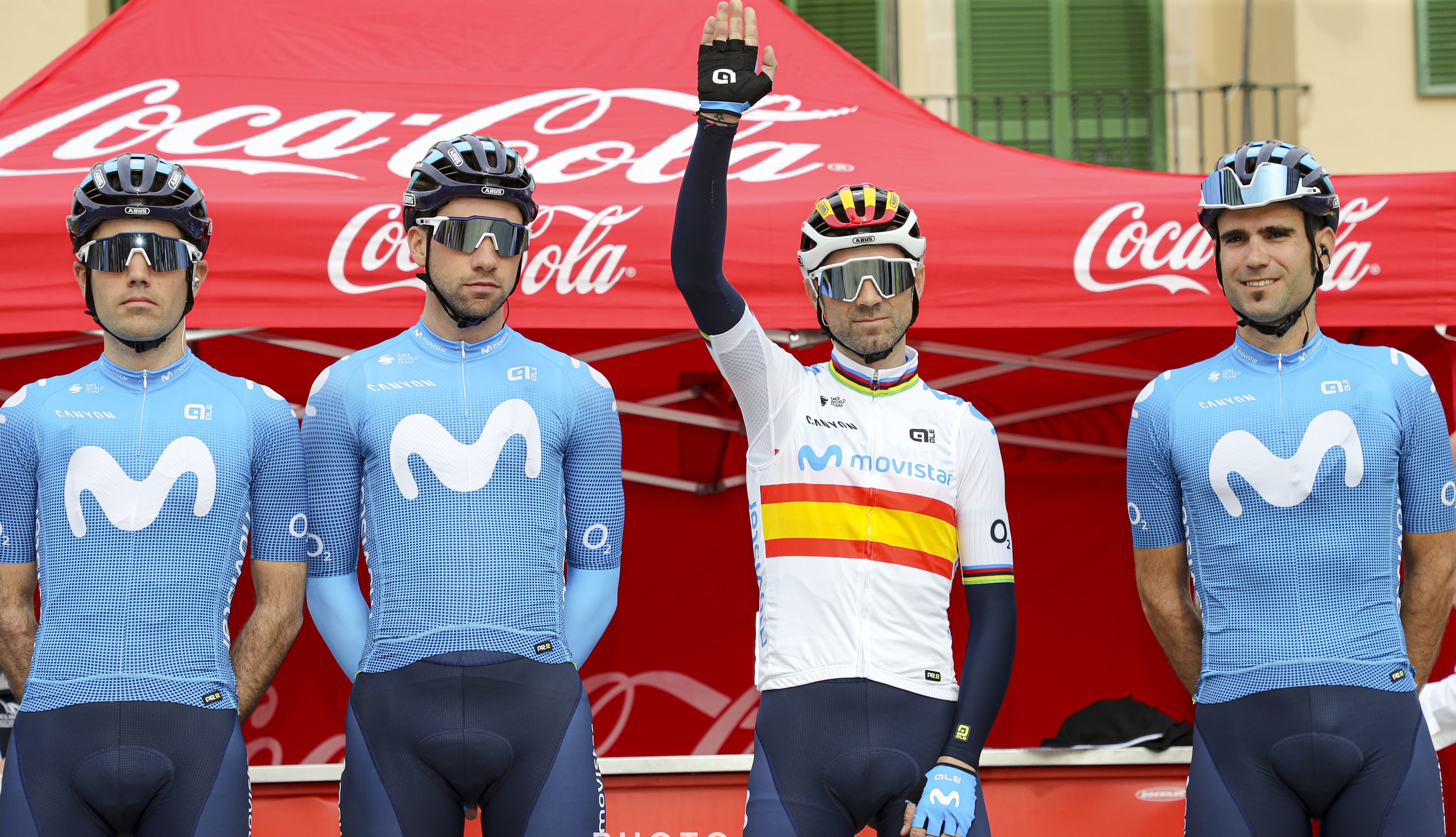 His stage win in the Tour of Turkey.