A world reference on the track

DREAMING OF TOKYO. He had to wait an extra year, after the Olympics were postponed due to the global health crisis, yet gave the Movistar Team along this way many moments of joy they never hoped would come before his arrival. No less than two European track titles in Bulgaria -Points Race and Madison, the latter alongside team-mate and great friend Albert Torres- and two medals at the Berlin Worlds in the Scratch and Points races made for an impressive 2020 season from Mora. The Vila-real native will continue to work hard for the Blues on the road as he seeks for the most brilliant ending to this Olympic cycle in Japan in the summer.

HUGE EXPERIENCE UNDER HIS BELT. He isn’t by any means an unknown on the road. Trying to build a successful career on the velodrome, he’s been part of squads all around the world: he competed for Japan’s Matrix Powertag, in 2014; made part of the British team Raleigh – GAC for two years; and put a backnumber on for nearly sixth days in 2019 as part of the Caja Rural outfit, a season he defines as the best preparation he’s had for track events. In 2018, he even got a 5th place in the Spanish ITT Championship in his home region, just half a minute short for a medal and 10″ behind current team-mate Alejandro Valverde.

EXTRAORDINARY PALMARÈS. The Castellón-based rider has notched up an impressive ten medals in track Worlds and European championships, with seven golds that include three Scratch titles -a rainbow jersey in 2016 (London) plus two continental champs in 2015 (Grenchen) and 2019 (Apeldoorn)-, one Points Race win in Plovdiv (2020) and three European Championships in the Madison race, alongside Torres, in 2015, 2016 and 2020. Not to forget about nearly a dozen national jerseys, in both the Madison, the Points Race and Pursuit. 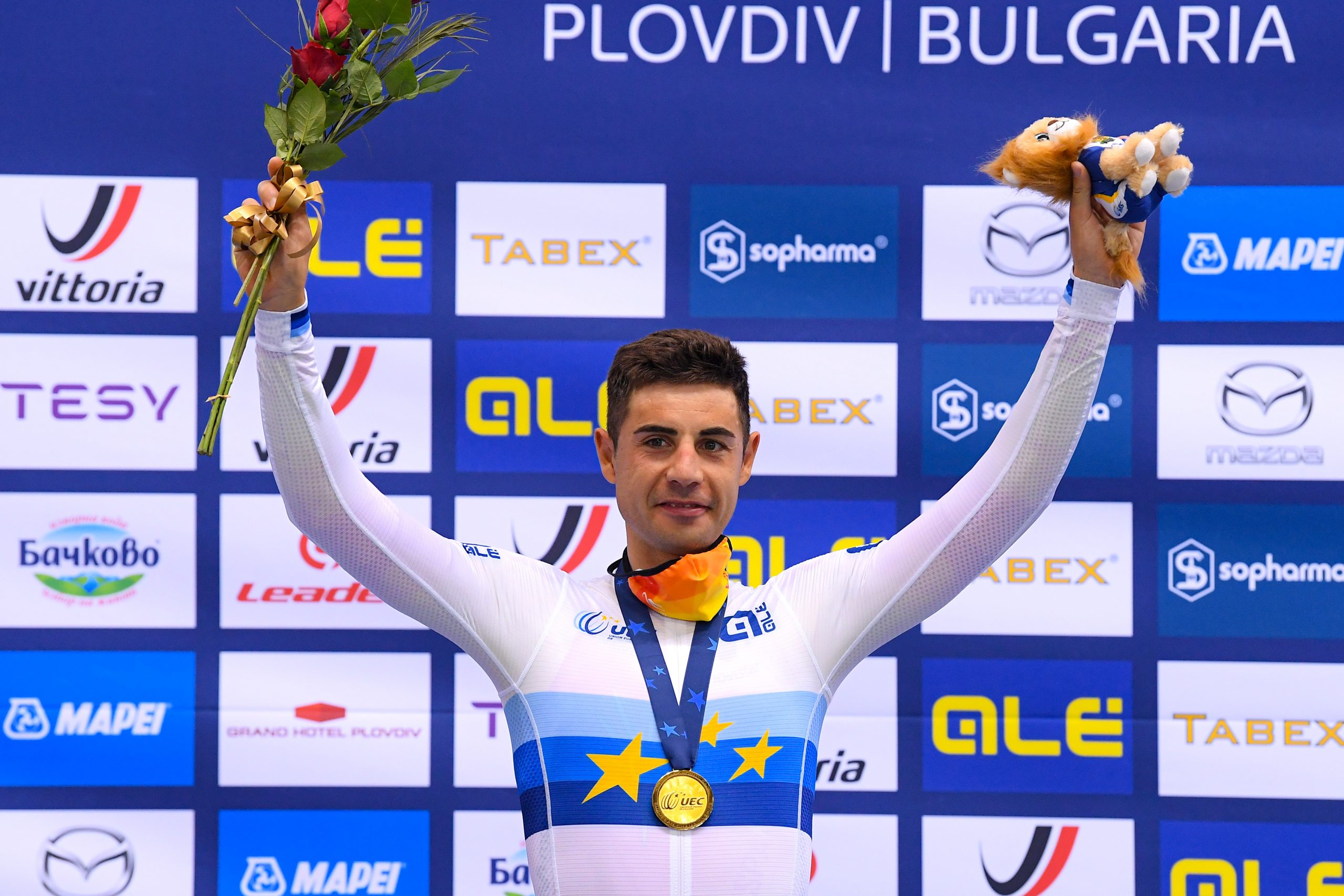 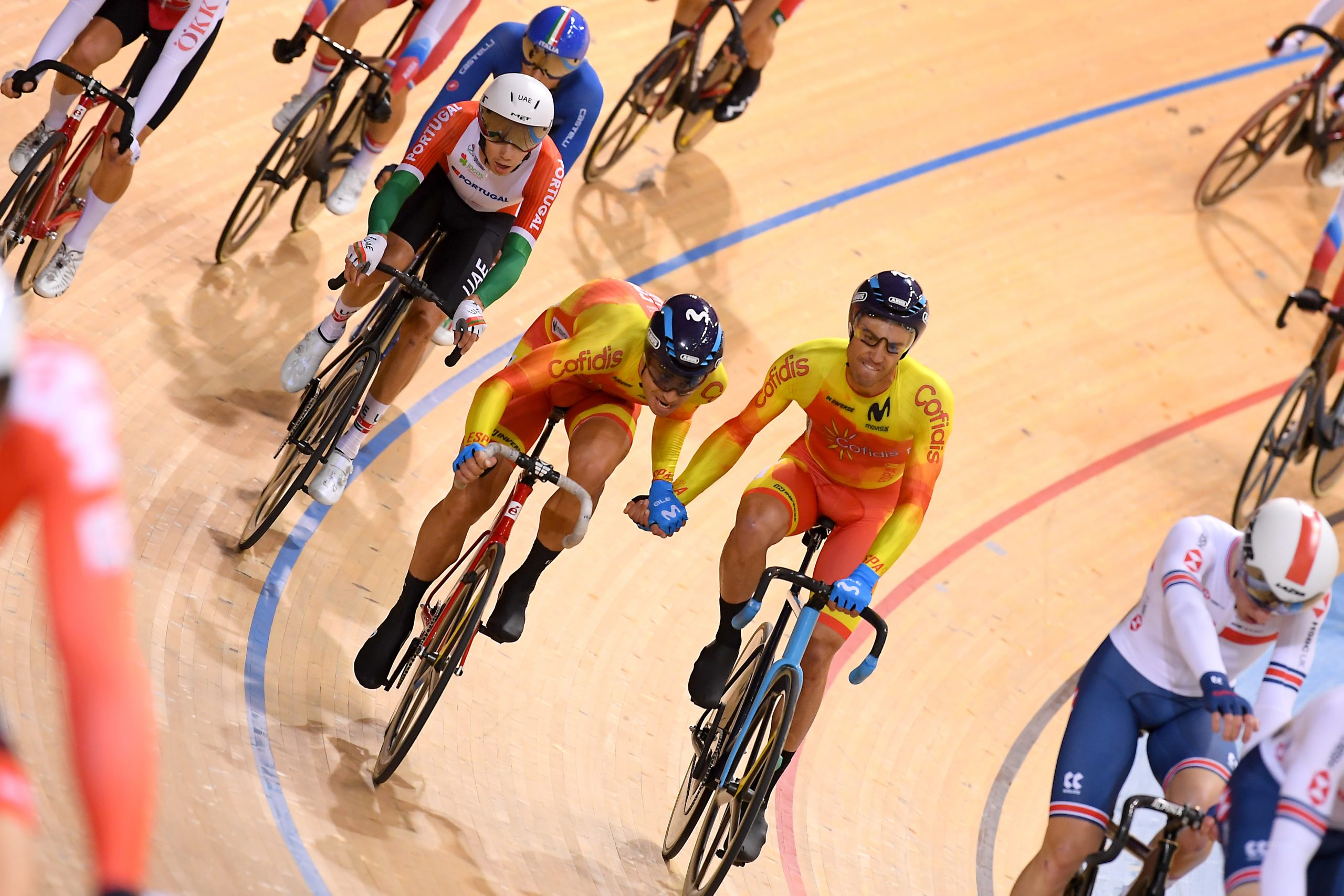 The dream of glory in Tokyo.

On the attack in Italy (Giro dell’Appennino).